Video of man not wearing a mask sparks racist comments 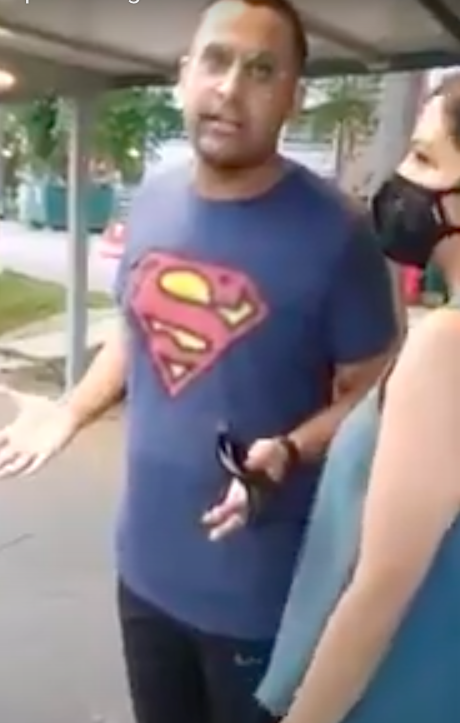 Singapore — A video of a man not wearing a mask while out for a walk, only days after the wearing of masks outdoors was made compulsory, made its way round social media and WhatsApp Messenger on Friday (April 17).

The video starts with a man and a woman hurriedly crossing a traffic light while being filmed by another man, who sounds like a Singaporean and seems to be out to enforce the no-mask rule like a vigilante.

“The Government say already, the moment you stop you have to wear,” shouts the man with the camera phone. It is not known why the couple was targeted.

The other man retorts that he was brisk-walking.

Earlier in the week (April 14), Minister for National Development Lawrence Wong, who co-chairs the multi-ministry task force on Covid-19, announced that it would be mandatory for people to wear a mask when stepping out of the house, except in the case of children under two years old and people doing brisk exercise.

Adults out running and jogging do not have to wear a mask but have to put one on once they stop doing strenuous exercise.

The man doing the filming adds: “Be socially responsible, walking is not considered, okay?”

The man being filmed, who looks like an Indian, then replies: “If you will torture me, of course I cannot run. You are torturing me. You ARE torturing me.”

A woman wearing what looked like the government-issued, reusable mask was with him.

The man doing the filming then yells at the couple: “I have been following you from the park until here. You have been walking. You have not been running, so please put on your mask. Be socially responsible. I’m going to send this to the police.”

The video only showed their interaction at a traffic-light crossing. The Indian man did have a reusable mask in his hand.

The video was shared on Facebook and resulted in many xenophobic comments. No one seems to have asked why the man doing the filming was hounding this particular couple, since there are more people outside shopping centres and walkways who are still not wearing masks. It is also not clear if the man doing the filming was himself wearing a mask because he seemed to be able to speak and yell freely. 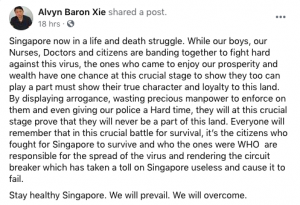