VIDEO: King Cobra freaks out Malaysian in his house 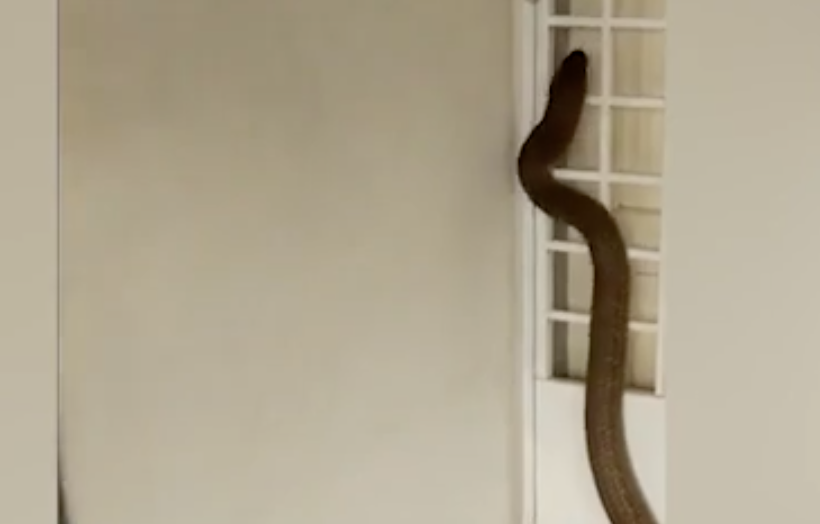 A Malaysian man living in Johor was shocked when he discovered that a snake that entered his house had not left after three days.

The footage, caught on a mobile phone outside his house in Batu Pahat showed the snake climb the gate and disappear out of sight.

Koh can be heard screaming in the video as the cobra becomes entangled between his front door and a terrace screen. That was June 18.

Video below shows King Cobra dragged out of the house by authorities.