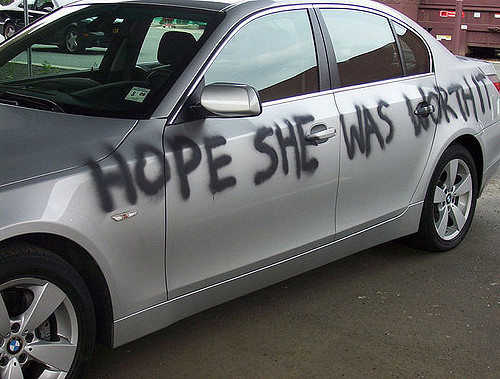 A businessman in southern France is suing ride-hailing company Uber over his wife’s discovery of rides he took to see his lover, his lawyer said.

The man says he once requested an Uber driver from his wife’s phone.

Despite logging off, the application continued to send notifications to her iPhone afterwards, revealing his travel history and arousing her suspicions. The couple have since divorced. The lawsuit is reportedly worth up to €45m ($48m; £38m). “My client was the victim of a bug in an application,” his lawyer David-André Darmon told AFP news agency after the case was lodged at a court in Grasse.

“The bug has caused him problems in his private life,” Mr Darmon added. Is Uber getting too vital to fail?

The lawyer did not comment on a report in Le Figaro newspaper that the lawsuit was worth up to €45m, saying only that his client wished to remain discreet and anonymous. Other users had also encountered the Uber software bug, Le Figaro said.

The newspaper carried out its own experiment by logging in and out of Uber on one iPhone and then logging in on another and ordering a driver. The app then sent screen notifications about the order to both phones.

The glitch affected iPhones before a software update in December, the newspaper said. Android phones did not appear to be affected.

Uber said it would not comment on the case but added that the best possible protection of clients’ personal details was a priority.Follow us on Social Media