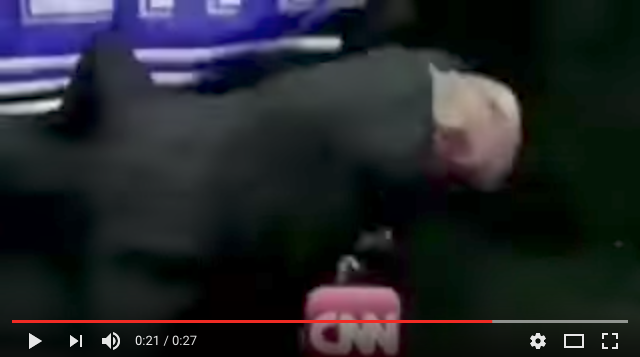 A video showing Trump attacking a CNN reporter at a WrestleMania XXIII in 2007 was posted on the US President’s twitter feed.

It drew wild reactions from journalists.

“I bet he got a good chuckle out of that video, which means he posted it immediately and without thinking, just like he does everything.

“Trump has yet to grasp that being president means reining in the urge to joke about violence, which is odd considering how (rightfully) seriously he takes comments about his own demise.” wrote http://theslot.jezebel.com.Follow us on Social Media