Home News Featured News Trump may believe in the rule of law, just not the one...

Trump may believe in the rule of law, just not the one understood by most American lawyers 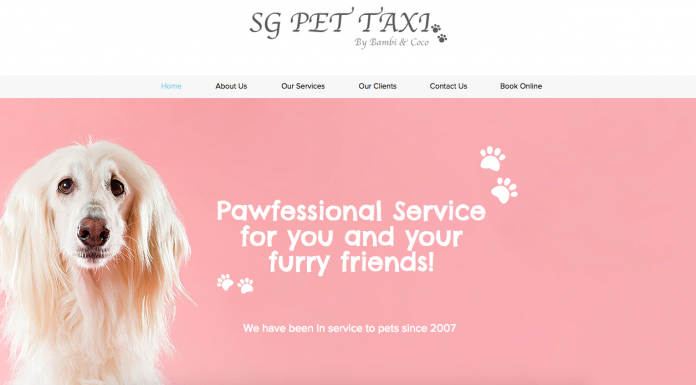 Donald Trump’s June 4 tweet suggesting he could pardon himself in the event that Special Counsel Robert Mueller’s investigation brings charges drew outrage among critics, part of mounting and long-standing concern about the president’s disrespect for “the rule of law.”

Many prominent lawmakers, law professors and journalists, among others, see the administration flouting this cornerstone value of American legal politics.

But what is the rule of law?

As a lawyer and political scientist who studies this question in diverse Arab countries and elsewhere, I can affirm that the answer is not obvious. The rule of law means a variety of things within and across countries. And they are not always consistent.

This helps make sense of the fact that Trump and some of his supporters may actually endorse one version of the rule of law. If this is controversial in the U.S., because it’s because Trump’s version is more dominant in nondemocratic political systems.

Meanings of the rule of law

Like “democracy” or “equality,” the rule of law is a popular ideal, but not always a clear one. For this reason, United Nations officials have tried to define it. Prominent organizations like the World Bank have measured it through basic indices or complex criteria, such as civil rights, order and security, constraints on government power and absence of corruption.

Yet using an appealing phrase to describe different social phenomena can have real political consequences.

The “rule of law” has at least two broad definitions that exist in obvious tension.

One is a dominant dogma of American political history, as conveyed by Founding Father John Adams’ succinct phrase: “a government of laws, not men.” The idea here is basic. Government leaders, like all citizens, should not be above the law, but rather bound by it. This means, for example, that a U.S. senator who extorts money is no more immune to being charged with this crime than an ordinary American.

A second possible meaning, in tension with the first one but present in democracies nonetheless, is that law ensures that people obey government.

Let’s first consider the rule of law as John Adams and the U.S. Constitution’s framers defined it.

The U.S. Constitution and courts’ mandate to review specific laws defines the rule of law as a value and set of procedures that provide legal protection to all Americans. The framers of the Constitution stressed in Federalist 78 the need for judges with autonomy from politics who could defend fundamental citizen rights. Equality under the law was popularized as a foundation of the rule of law in the wider English-speaking world by the 19th century.

This has not meant that all Americans, in fact, enjoy equal legal resources. Nor has it prevented powerful individuals or groups from using laws to their advantage. Nonetheless, institutions that enforce the idea that legal rules and procedures bind everyone, including leaders, are central to the U.S. and other countries. The expectation that rules will be applied to everyone also underpins contemporary international law.

The rule of law, understood as laws over leaders, takes on added significance in the U.S. Here, a comparatively large proportion of people become lawyers. In turn, many lawyers become bureaucrats and politicians. American leaders with legal training are educated to focus on specific rules, procedures and a close reading of legal texts.

Because of this, many government officials and members of the private and public-interest law firms who rotate in and out of government care about details of legal rules, procedures and transparency. A leader like Trump, whose tweets denigrate the neutrality of American judges, who refuses to submit to the same expectations of his peers or other citizens, who appears to interfere with an important legal inquiry, and who argues that he has an absolute right to pardon himself, raises the hackles of other lawyers and politicians.

Many Americans who are trained in the importance of the autonomy of laws will mistrust a leader who seems not to respect such autonomy.

Thus, it was not surprising that as soon as Trump became president, lawyers mobilized against an executive attitude that demeans their sense of the rule of law. As Trump and his legal team make increasingly broad claims about executive power, lawyers continue to object.

Trump and some supporters appear to embrace a different understanding of the rule of law. The president has in fact stated his dedication to the rule of law. Some argue that his leadership on certain issues, such as enforcing immigration law, has confirmed this commitment. This is not merely a case of alternative media. It underscores the importance of multiple meanings for the rule of law.

Trump seems to view the rule of law as deference to political authority and efficient law enforcement. This includes institutions that execute laws, which might be summarized as “cops, courts and clinks” (jails).

Part of candidate Trump’s appeal was his repeated charge that people in the U.S. who broke the law, particularly undocumented immigrants, were inadequately policed. Since taking office, he has stressed enhancing police power and loyalty to authority, especially his own.

This is hardly a fringe meaning of the rule of law. Efficient enforcement and state order are critical components of a legal system that also embraces citizens’ rights and protections. Yet these two key facets of the rule of law don’t always sit well together.

Strong policing can accompany denial of equal protection to suspected criminals, patterns of brutality and racism. Leaders’ natural interest in strong and efficient law enforcement and citizen loyalty can override their legal accountability.

Different political systems strike different balances with this tension. This helps explain Trump’s fondness for claiming presidential immunity from most criminal prosecution and some conflict-of-interest standards. This, and his impatience with protest and criticism against him, appear to show that the president cares about law as a tool to bolster his authority, rather than to enhance ordinary Americans’ rights.

The world is certainly seeing a trend toward leaders like Egypt’s President Sisi and Turkey’s President Erdogan, who wish to control law, rather than subordinate themselves to it.

Trump, and Americans who consider him a strong leader, likely believe in the rule of law, as they understand it. The controversy among many lawyers is that the level to which the new administration elevates efficiency, enforcement and executive privilege tramples their dominant sense of the rule of law as government by laws, not people.

Growing conflicts between the Trump administration and a range of lawyers, judges and activists stem, in part, from each side invoking real, contestable concepts of the rule of law.

Naturally, even if Trump and some supporters share a genuine belief in the rule of law as enforcement and order, this does not justify acts he may have taken that violate American laws. It should nevertheless serve as a reminder that using complex concepts like the rule of law without context or nuance may make it much harder to understand genuine political disagreements.

Indeed, the world may be witnessing less an outright rejection of democracy and more a subtle move by many elected leaders to concentrate power in authoritarian ways. With Trump’s appreciation of leaders with strong power, and the possibility of a constitutional crisis over the Mueller investigation, it is particularly important to clarify whether Trump’s idea of the rule of law matches up with most Americans’ sense of this important, but slippery, term.

David Mednicoff does not work for, consult, own shares in or receive funding from any company or organization that would benefit from this article, and has disclosed no relevant affiliations beyond their academic appointment.

Source: US-PoliticsFollow us on Social Media