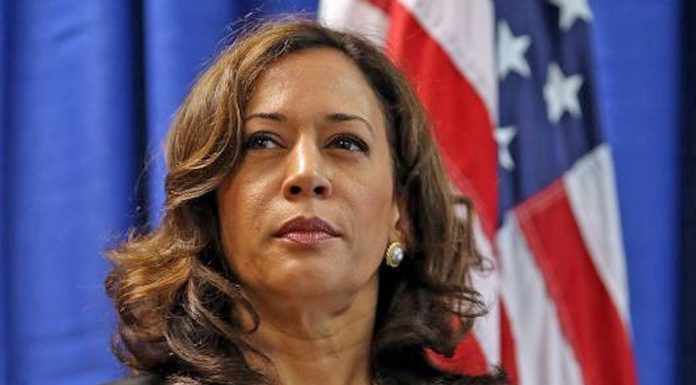 US President Donald Trump has stoked false claims that Democratic vice-presidential contender Kamala Harris is ineligible to hold that office because her parents were foreign born.

The claims about Harris — who was born in the United States, making her constitutionally eligible to be both vice president and president — echo a baseless theory that Trump long promoted about his predecessor Barack Obama.

“I heard it today that she doesn’t meet the requirements,” Trump said at a White House news conference on Thursday, referring to an August 12 opinion piece in Newsweek.

The article by conservative law professor John Eastman says that “before we so cavalierly accept Senator Harris’ eligibility for the office of vice president, we should ask her a few questions about the status of her parents at the time of her birth.”

Trump said that Eastman, of Chapman University “is a very highly qualified, very talented lawyer. I have no idea if that’s right.”

Eastman was also an unsuccessful Republican challenger, losing in the primary for the 2010 California attorney general’s election won by Harris, who served in that post before becoming a US senator.

Harris, 55, was born in Oakland, California to a mother from India and a father from Jamaica. She is the first black woman and woman of South Asian heritage to be granted the honor of a place on the ticket of a major US party.

– A historic choice –
Eastman’s article followed claims shared thousands of times on Facebook that Harris could not become president because her parents hailed from abroad.

Article 2, Section 1 of the US Constitution says that “no person except a natural born citizen, or a citizen of the United States” shall be eligible for the presidency. They must also be at least 35 years old.

Under that clause and an 1898 Supreme Court ruling, “anyone born on US soil and subject to its jurisdiction is a natural born citizen, regardless of parental citizenship,” Cornell Law School’s Legal Information Institute says.

Harris could not become vice president if she failed to meet requirements for the presidency.

David A. Super, Carmack Waterhouse Professor of Law and Economics at the Georgetown University Law Center, said that “no person constitutionally ineligible to the office of President shall be eligible to that of Vice-President of the United States,” according to the 12th Amendment to the Constitution.

As Trump parlayed his TV fame into a political career, he adopted and promoted the “birther” lie that Obama, America’s first black president, was not born in the United States.

Obama was born in Hawaii to a Kenyan father and a white American mother. Trump grudgingly acknowledged late in his 2016 presidential campaign that Obama was American-born.

Since then, Trump has faced accusations of racism, and has embraced other conspiracies.

On Wednesday, he praised Georgia Republican congressional candidate Marjorie Taylor Greene, a follower of the QAnon conspiracy theory who has called white men the most oppressed group in America.

China — A man who once vowed “in sickness and in health; till death do us part” lived up to his promise and reinstated his marriage with his ex-wife after finding out she had end-stage kidney disease. The couple got...
Read more

Geneva — The World Health Organization announced on Sunday (Nov 28) that it is still unclear if the new Covid-19 variant of concern Omicron...
Read more

Singapore — A woman who was the target of yet another impersonation scam, has taken to social media to highlight that scammers' modus operandi...
Read more