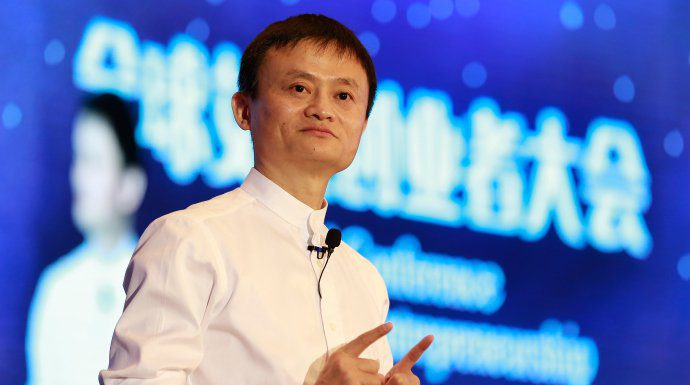 Jack Ma has kept busy after his announcement  Jack Ma to step down from Alibaba to focus on philanthropy  Holding in 12 months. Upon Ma’s visit to Russia on September 11, Hangzhou’s internet giant decided to team up with a Moscow-based triplet of a sovereign wealth fund, digital behemoth and mobile operator to launch an e-commerce platform that makes use of local payment systems.

Alibaba’s overseas shopping site AliExpress formed a joint venture with Russian Direct Investment Fund, online service firm Mail.Ru and telecom company MegaFon “with the aim of creating a one-stop destination for consumers where they can communicate, socialise, shop and play games, all within the same online ecosystem,” Alibaba said in a press release.

Ma visited the Fourth Eastern Economic Forum that is held on Sept. 11-13 in the eastern port city of Vladivostok.

CEO Radhakrishna said: “There is a need to enable the next 500 million internet users with a strong meaningful reason to use the Internet. Vokal is building towards that and has the potential to be one of the largest Internet companies in India. Kalaari Capital has been a strong investor in the past 10 years and understands the present fundamental need for a vernacular product to grow the market of Internet users. We see them as strong partners in our journey.”

Also Read: Here is Jack Ma’s heartfelt letter on his retirement from Alibaba in full

Vokal is a peer-to-peer knowledge and opinion-sharing platform for India’s non-English Internet users. The product is a few months old and already boasts of 300,000-plus questions with thousands of questions pouring in every day on varied topics that are very unique to India.

Vokal is currently in Hindi and launching in multiple languages in the next few months itself. It also has a live video streaming feature where experts share their knowledge by streaming live to users.

Indonesian ride-hailing firm Go-Jek on Wednesday launched its services in Vietnam’s capital of Hanoi under the brand Go-Viet, as part of its US$500-million international expansion.

The app-based on-demand service Go-Viet, driven by a Vietnamese founding team, with Go-Jek providing technology, expertise and investment, offers services ranging from transport and logistics to food-delivery and mobile payments.

Go-Viet grabbed a 35 per cent share of the market for motorbike ride-hailing services in the economic hub of Ho Chi Minh City just six weeks after launching there on August 1, Go-Jek founder and chief executive Nadiem Makarim said.

Alibaba’s rural Taobao could give impetus to Malaysia, says MDEC [The Edge Markets]

The Rural Taobao initiative by e-commerce giant, Alibaba Group, which has assisted villagers in China to increase their income, could be adapted and give impetus to Malaysians, said Malaysia Digital Economy Corporation Sdn Bhd (MDEC).

MDEC Chief Operating Officer Datuk Ng Wan Peng said the programme, successfully implemented in 2015 in Hangzhou, Zhejiang Province, could be replicated in Malaysia as long as the online platform infrastructure can be accessed in villages in the country.

“China and Malaysia are two different environments, one being the size of the two countries, but there are a lot of new things that we can learn from the republic in terms of how they help the rural regions to be where they are,” she told reporters during the Alibaba Group Media Familiarisation Visit in Hangzhou, recently.