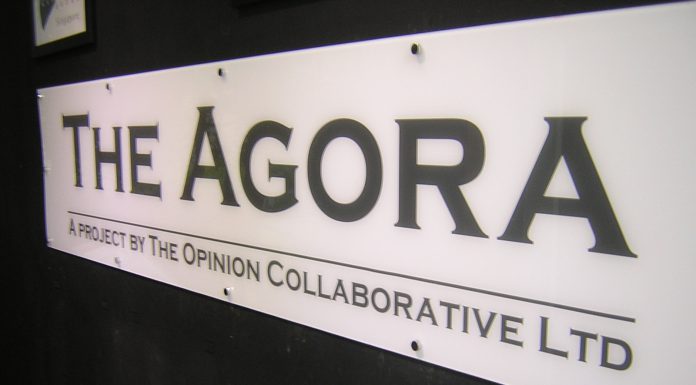 Yaccob Ibrahim, Minister for Communication and Information (MCI), has ordered The Opinion Collaborative Limited (TOCL) to return S$ 5,000 from advertising sales it allegedly collected on behalf of The Online Citizen (TOC) from Monsoons Book Club. TOCL appealed to the MCI after the Info-communications Media Development Authority’s (IMDA) ordered the return of the money.

TOCL has given back the money, although the organization emphasized in a press release today that the funds were returned under protest.

A press release from TOCL reads that this protest is due to the leadership of TOCL being in full disagreement with the Minister’s reason for justifying the demands the IMDA made earlier, and is deeply concerned about the consequences of the Minister’s decision on Singapore’s business environment.

The press release also disclosed that TOCL received a S$6,000 donation from MBC, “in support of the good work that the company has done to achieve its stated social cause.” It was further clarified that the gift was given to the group since they are a social enterprise, and was not for The Online Citizen.

Mr Tan Tee Seng, a director of the company and general manager for The Agora, said, “We are very grateful to MBC for the donation, especially to Mr Tan Wah Piow, who has been our key contact at MBC and a strong believer in Singapore. It shows that citizenship is not about where you stay or the colour of your identity card, but the generosity of your heart.”

However, Mr. Tan admitted that losing the funds that they needed to return to MBC could have caused TOCL to go into debt and severely hindered their operations. Since they are a social enterprise, one of their goals is to generate enough income to provide for their needs, as well as for the expansion of their programs. At the moment, they are making just enough to get by.

TOCL has been consistently conducting operations at The Agora for the last twenty months, from the time when IMDA made its demands. This has meant that The Agora has been the venue for a number of interesting and provocative fora that endeavor to envision a better future for the nation, most recently highly-regarded scholar Dr Cherian George’s latest book launch, as well as public meetings held by Future Of Singapore and Function 8.

Mr. Tan discussed the impact of the IMDA demands, “At the end of the day, we are a volunteer-run outfit with a social cause, heavily dependent on good partnerships and not big money investors. IMDA’s actions has unduly caused a lot of distress and distraction for us, and we need to question why a government authority needs to take such drastic actions that will only neuter our civic space.”

Included in the press release from TOCL are two appendices that show how the IMDA contradicts itself by following procedures and policies that run counter to statements their officers have made, and more importantly, standards that they themselves have published.

Mr. Howard Lee, TOCL’s PR representative, has said, “This lack of standards is worrying for Singapore’s media business environment and needs to be scrutinized. We are disappointed that the Minister has failed to even consider such scrutiny of its own statutory board in its deliberation.”

TOCL’s directors are in disagreement with the reasons given by Minister Ibrahim for defending the demand of IMDA. According to them, the Minister has not presented any new developments concerning IMDA’s explanations, and that he did not even examine the evidence given on May 4 and September 7, 2016, that TOCL provided in order to support its position.

They have also emphasized that there are flaws in item 14 of the decision of Minister Ibrahim, wherein he made the implication that MBC’s issue had to do more with how The Online Citizen operated its initiatives rather than the content of the advertisements, possibly suggesting that The Online Citizen had devised schemes to mislead the IMDA.

In TOCL’s press release, four counts from the Minister’s decision deemed to be in error have been clarified, noting the Minister’s “poor understanding of commercial advertising conditions and TOCL’s undertaking with IMDA, not to mention completely irrelevant to the matter under consideration.”

First, that advertising was given by MBC to be under TOCL’s purview, since the MBC is not a media entity, and is not familiar with ad content and sponsorships. It is also within the duties of the receiver of funds to draw up the guidelines for such, and to determine the look of advertisements. The MBC was also within its rights to ask for proposals and recommend judges, though TOCL was free to disagree with MBC’s recommendations.

Secondly, TOCL found how the Minister deduced from emails that the MBC was concerned about the way TOC “conducts its own activities” to be extremely puzzling. In contrast to this, the MBC became interested in how many entries were generated because of TOC’s publicizing the contest, as is natural, since MBC would benefit from the exposure.

The third clarification has to do with MCI’s claim that the MBC’s proposal to hold the contest in the first place showed that the company had the intent to manipulate. This is where TOCL questioned the Minister’s understanding of commercial sponsorship and advertising, because, any advertiser should be able to indicate how they wanted the funds they invested to be spent.

Lastly, TOCL took issue with the Minister’s apparent deduction that TOCL told MBC that they intended to avoid “‘accusations that we are seeking foreign funding” was proof that it is indeed seeking foreign funding.’ They clarified that “diversifying funding sources is not criminal, it is good business sense,” and that the cautiousness TOCL expressed to MBC to ensure that their funding principles are proper, is an IMDA requirement. Had the Minister found fault with TOCL’s actions, he should have primarily sought to clarify the vagueness of IMDA’s definition of  “bona-fide commercial purposes.”

TOCL has also taken exception to the Minister penalizing them for failing to produce documents that would support their case, since it took almost a year for IMDA to complete their evaluation. Had the IMDA responded in a timely manner after TOCL handed in their funding documentation, these matters would have been clear from the beginning. However, they made this clear to the Minister in their submissions, and therefore find that his holding TOCL responsible for not giving sufficient evidence to be in the wrong.Follow us on Social Media