To fix the gender divide, the crypto world needs more female heroes to look up to 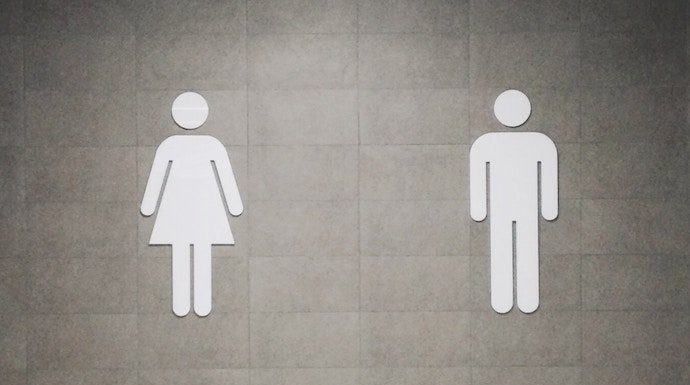 Diversity in any industry leads to better problem-solving

The world of cryptocurrency has changed the way we look at money. Only two decades ago it was hard to imagine that you could invest money in something that you cannot even hold in your hands. But recently, Bitcoin has created such a stir and has become such a debated topic that everyone wants to get a piece of it.

However, not everything is so sunny and optimistic in the world of crypto. Recently, more and more people started to talk about gender equality issues.

But how many People are associated with Bitcoin? Among all those active Bitcoin users and traders, only 8.5% are female, as opposed to 91.5% of male users. This number is what has triggered the problem of gender equality in this sphere. This makes us think: Is the crypto world a playground only for boys? Why do so few women invest in Bitcoin? And is Bitcoin’s gender divide a good sign? Let’s find out.

Why Women are Hesitant to invest in Bitcoin

The world of Bitcoin is thought to belong to the male part of society for different reasons. And the way the women are treated in the world of technology has been a serious issue for quite some time. Not only are women outnumbered in the technology-oriented industries, but they constantly face harassment and reportedly have to work harder to get the same acknowledgment as men.

Also read: How do we overcome the low representation of women in leadership roles?

So, even with all the gender equality movements and #MeToo trends that exist to attract attention to diminishing the importance of women and disrespecting their rights, women are still reluctant to participate in developing technologies, including participation in the cryptocurrency-related industries.

So women are hesitant to work on Bitcoin not because they lack knowledge. They are hesitant because of the high rate of sexism and gender discrimination cases in this sphere. They know that there’s a possibility that they might face:

That is why many women in the world of crypto tend to conceal their identities. Earlier this year Quartz took some interviews with a few women working with cryptocurrencies. One of them, Elizabeth Stark, a co-founder of blockchain startup called Lightning Labs, said that women working in this field don’t want to speak about being female. This creates an impression that there’s a lack of female representatives in this sphere, which consequently drives away potential female investors.

Another reason is that investing in Bitcoin is quite risky. And, traditionally speaking, risky actions are a male prerogative. We all know that Bitcoin’s value rose almost overnight. And who knows, maybe it’s not here to stay for a very long time. “I know many women who are ready to invest in cryptocurrencies”, says Margaret Reid, a writer at The Word Point. “But it is inconsistency and high risks that usually drive them away.”

Is Gender Divide in the World of Bitcoin a Bad Sign?

Yes. Even though it’s believed that in the risky and unstable cryptocurrency game men are better players, the female potential is largely underestimated.

In the same set of interviews by Quartz that we mentioned earlier, women told their stories of being pushed away multiple times. Some women claimed that they were mistreated during crypto meet-ups by men who even had less experience working with cryptocurrencies. Others tell that they have been blatantly ignored by the male investors during meetings. And the climax to it all is that no one wants to fix the problem and give women a chance.

So even if women have a lower risk tolerance, it doesn’t mean that they lack the knowledge to work with cryptocurrencies like Bitcoin. But it all boils down to the problem of not letting women show their full potential in the tech world.

Can we fix the problem?

Despite the gloomy forecast, women are still optimistic about their opportunities in the Bitcoin world. Earlier this year, Berkeley held a Women in Blockchain conference, which focused on the problems of gender equality in the cryptocurrency world and other important issues. Blockchain Week in NYC also had a day with a program that featured only female speakers.

To fix the gender divide, the crypto world needs more female heroes to look up to, who will inspire women to enter this world and invest in cryptocurrency. Glamour did the whole article dedicated to women being the leaders in cryptocurrency projects, like Kathleen Breitman, CEO of Tezos, Connie Gallippi, CEO of BitGive and other women who decided to invest and work with Bitcoin and other cryptocurrencies.

Also read: Cryptocurrency may be sexist, but it is for women, too

The Bitcoin industry can benefit a lot from attracting more women to become a part of it:

The success of the Bitcoin industry is in allowing diversity. As women have to face inequality due to various reasons, among which is unequal treatment and even a lack of venture capitalist support, which doesn’t allow women have their cryptocurrency business, female specialists need more support and appreciation. The fact that the problem of equality in the Bitcoin industry is raising awareness is already a good sign.

So hopefully, the spread of blockchain technology in the nearest future will help boost the participation of women in its development.

Photo by Juan Marin on Unsplash

The post To fix the gender divide, the crypto world needs more female heroes to look up to appeared first on e27.