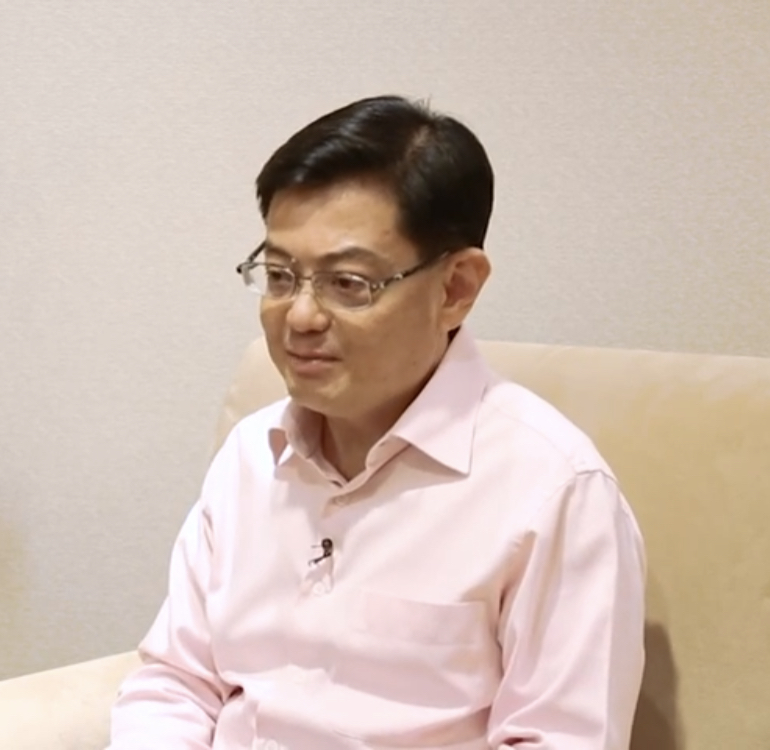 “Drawing on his own experiences running the Monetary Authority of Singapore during the 2008 to 2009 global financial crisis, Heng said many chief executives of international banks in Singapore had given him outstanding advice on how to deal with the crisis – demonstrating that they had Singapore’s interests at heart.

“Some of the CEOs from these banks are as Singaporean as Singaporeans who were born in Singapore and went through national service… in fact, some of them, whom I knew personally, had become Singapore citizens,” said the minister, without elaborating.”

You, yes, you, the Singapore core reader: Do you (1) Agree (2) Disagree. Whichever your answer, I suggest you send it to the REACH WHATSAPP CHAT GROUP.

Quote from REACH’s website: “As part of REACH’s engagement efforts, we invite you to participate in a REACH WhatsApp Chat Group and share your views on national policies. Our chat group will be open for feedback when the opportunity arises for us to discuss hot-button issues and national policies.”

Heng is leading the Emerging Stronger Taskforce and would certainly welcome feedback, I think.

If you agree with him and believe he is on the right track re the Singapore core, then all you have to do is send him an encouraging message which may go something like this:

I hope you are fine. I wholeheartedly support you in the firm stand that you are taking once and for all to silence Singaporeans who must be kicked in the butt for being so nativist, so short-sighted and unable to see the big picture. We are a global city. We must welcome all talents, not just to work here and add to our small pool but also to settle down and become new citizens. It is not enough to say welcome. If possible, let’s bend over backwards to accommodate such foreign talents as our own.”

With such a message to the DPM and the EST, the chances are bo beh chau (Hokkien for no horse run, meaning, odds-on) that you will be invited to a conversation among like-minded pro-estab admirers or at worst, survivalist neutrals hoping for a piece of the action.

But, if you disagree, this is what you should say:

I hope you are fine. Now that you have decided to opt out of the all too short runway to the Istana, you seem to have emerged fitter and stronger and ready to take on all the true-blue naysayers. I saw you on YouTube the other day. Wow. You really gave NCMP Leong Mun Wai a wallop in Parliament. Ta kasi chance, you and Speaker Tan Chuan-Jin. You were very angry, very firm and truly exasperated with him. In the exchange, viewers could see a different DPM who appeared a tad intolerant of someone who had every right to ask questions and offer his dissenting views.

Is this your true self? Many people thought you were one of the more acceptable faces of the establishment. And now, apart from giving an NCMP the mini hair dryer treatment, you suddenly come out with guns blazing at true-blue Singaporeans in staunch defence of new citizens.

You practically wave your fist at Singaporeans: “As a multiracial, multicultural and multi-religious society, Singapore must not end up like some other countries and territories in the world, where the fear of losing jobs leads to a protectionist instinct where people as well as goods and services from other places are kept out.”

From where have you got the impression that Singaporeans are anti-foreigners? Being, as you say, multi-everything, being able to live with people of different races and religions has been part of the national DNA. It still is. You have thrown a non-starter accusation, meant to somehow mislead and to lump the perfectly legitimate misgivings that Singaporeans are having about their future and place in their country into some kind of xenophobia.

Singaporeans have elected you into power to look after their interests. Whatever else that you consider may be important must be secondary to that.

It is about fairness and about not being short-changed.

I will end with reproducing what I wrote in 2019:

“In the end, at the heart of Singapore’s existence and survival must be the young man from MacPherson Lane.

“Not a skills-for-sale foreign talent from India or China in whom the government seems to have so much faith, frequently at the expense of locals who have to struggle to find a job and juggle their civilian existence with their heavy NS liabilities… And certainly not another PR citizen-pretender who would not wish to have his or her sons spend a second in conscription, probably looking down on all Singaporeans as suckers.

“Ultimately, the burden of national duty lies with men like the late Aloysius Pang who died on Wednesday Jan 23 from an accident during his reservist training in New Zealand. He was the true-blue son of Singapore. People like Pang are often taken for granted by a ruling regime who time and time again show a reluctance to categorically pledge their loyalty to true-blues as they open our gates to foreigners and fortune-hunters from around the world.”