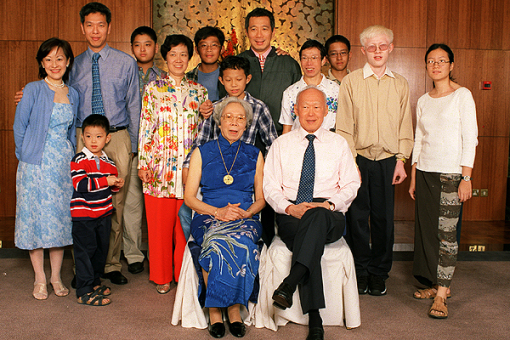 Three is a magic number for the Super Siblings of Singapore.  In threes they come, wielding influence that is neither trifling nor inconsequential.

Are our Super Siblings a match for the Princelings of China? While Princelings are the sons and daughters of former high-ranking Chinese Communist Party officials, Super Siblings more often than not have connections with the powers that be in Singapore.

Top of the heap for the longest time was the trio of Lee Hsien Loong, Lee Hsien Yang and Lee Wei Ling. But when the House of Lee came tumbling down, metaphorically, it could be said that they were toppled by another powerful trio of siblings – the Ng brothers.

Wow! What a combined power of three! The term Super Siblings perhaps doesn’t quite do them justice after all.

Then there are the trio of Chan siblings. Alan Chan Heng Loon was Principal Private Secretary to Lee Kuan Yew and CEO of SPH. His sister Prof Chan Heng Chee is Ambassador-at-Large and holds many other illustrious titles. A third sibling, Chan Heng Wing, was a Temasek International managing director and now Senior Adviser in the Ministry of Foreign Affairs.

Of course we can’t talk about triple Super Siblings without mentioning the Ho siblings. Ho Ching, wife of the Prime Minister and CEO of Temasek Holdings, needs no introduction. Her sister Ho Peng retired as Director-General of Education in 2015. Their brother is Ho Sing, executive director and CEO of YTL Starhill Global Reit Management.

There are scores of other Super Siblings that come in magical threes. Such as the late Mdm Kwa Geok Choo (Mrs Lee Kuan Yew) and her illustrious brothers Kwa Soon Bee and Kwa Soon Chuan. As well as the eminent Chew siblings – Chew Gek Khim, Chew Kwee San and Chew Gek Hiang, grandchildren of Mr OCBC, Tan Chin Tuan, who is also the uncle of former President Tony Tan.

What is it that makes Singapore such a haven for Super Siblings? Superior genes run in the family? Impeccable luck and timing?

Or it could all be just an offshoot of meritocracy as practised in Singapore – Sibli-tocracy.Follow us on Social Media