This man is not Wendy Lim's husband 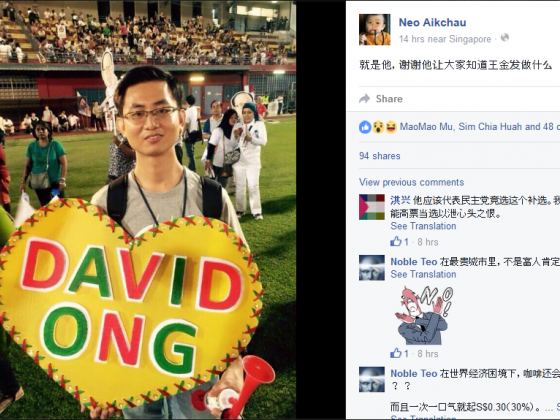 The man who was identified as the husband of other woman in ex-MP David Ong’s life, Wendy Lim, has come forward to say that he is not related in any way to the woman.
The man, Edmund Ng, told Today newspaper that “I only knew her (Wendy Lim) as we were in the same cheerleading team for David Ong (during the 2015 General Election). There is absolutely no relationship between Wendy Lim and I.”
Mr Ng is also not a grassroots leader like Ms Lim. He merely helped out at the last election to give out election flyers and cheer ex-MP David Ong.
Mr Ng however said that Ms Lim was the most enthusiastic member of the cheerleading squad for Mr Ong during the last election.Follow us on Social Media