The Independent News
Home News Featured News "This is my market, you go down!" Pakcik chases rude customer away...

“This is my market, you go down!” Pakcik chases rude customer away from Geylang hawker centre 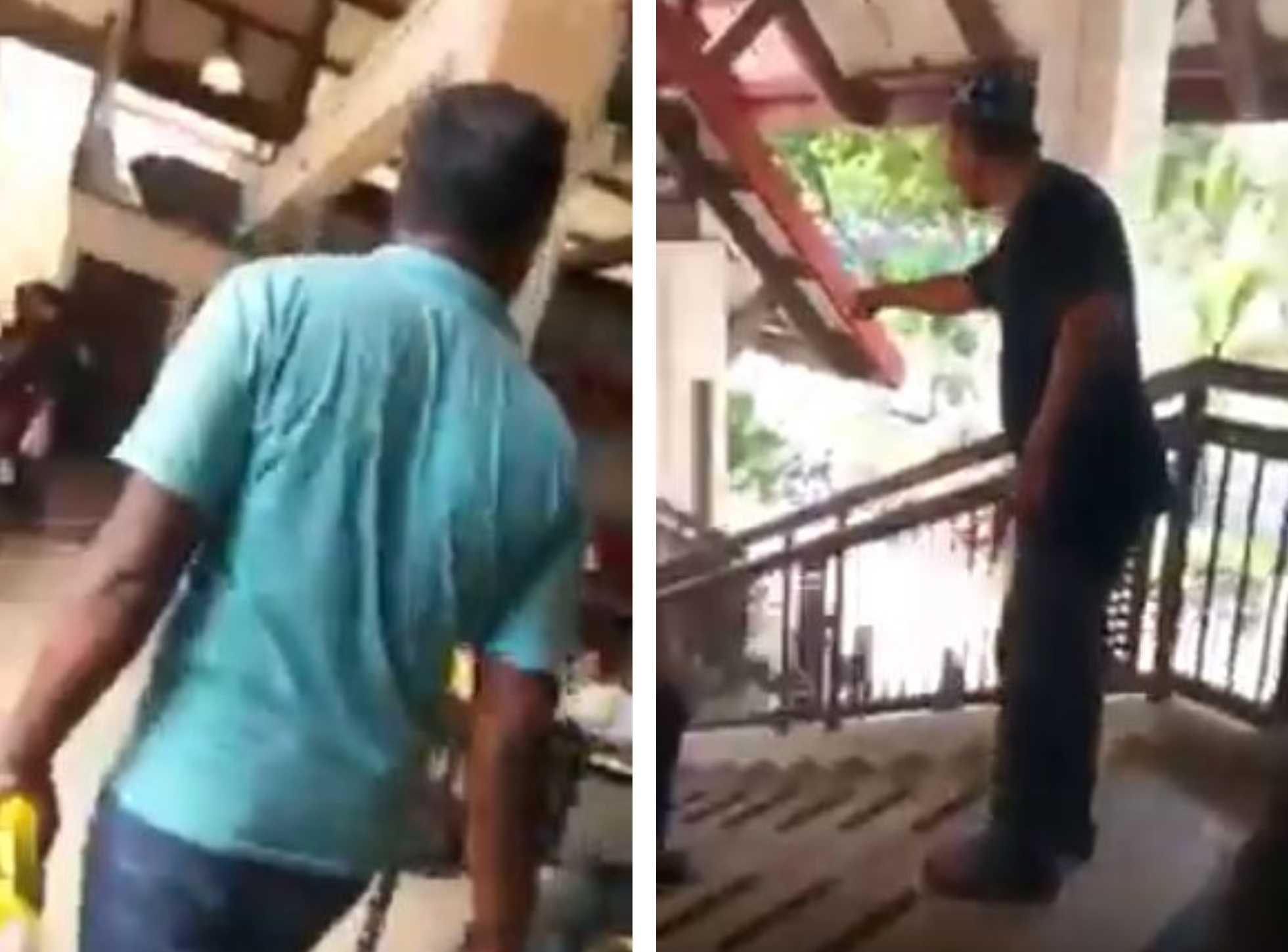 A video of a confrontation between a Malay stall owner and an Indian customer has been going viral online. In the video, the Malay stall owner can be seen and heard chasing the Indian man away from the hawker centre:

It appears that the Indian man was creating a scene with a female stall owner and that the Malay man was simply protecting the woman.

One eyewitness, Mr Tan, shared online: “The indian man was heard hurling vurgarities to the stall makcik till stepping into the stall and this pakcik came over to stop his actions. He scold the makcik for the long queue but its the business which is good.”

Other eyewitnesses shared that the Indian man was drunk, behaving aggressively and even made inappropriate remarks to the stall owner’s daughter:

Another netizen claimed that the Indian man is a “mentally unsound” man who can often be seen at Little India “irritating” pedestrians with long rants: