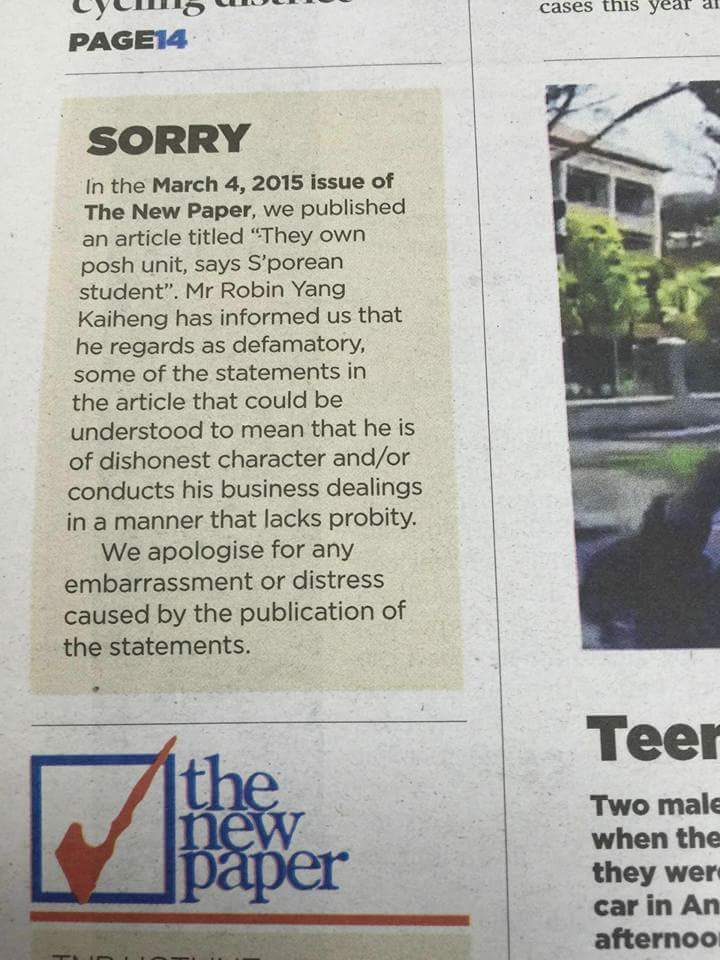 The former editor of The Real Singapore (TRS), Yang Kaiheng, has been offered an apology and compensation for false reporting in an article first published in The New Paper.
TNP in their apology said:
“In the March 4, 2015 issue of The New Paper, we published an article titled “They own posh unit, says S’porean student”. Mr Robin Yang Kaiheng has informed us that he regards as defamatory, some of the statements in the article that could be understood to mean that he is of dishonest character and/or conducts his business dealings in a manner that lacks probity.
We apologise for any embarrassment or distress caused by the publication of the statements.”
The former editors of TRS are now running ramen stalls in NUS, and a statement on the topic was published in the Facebook page of the stall. It said:
“Letter of apology published on 29/2/2016 by Singapore Press Holdings on 3 of their news platform The New Paper, AsiaOne and STOMP admitting that they fabricated and published an article claiming that our company director Mr Yang cheated his friend’s money and went into hiding.
The entire article is completely unfounded and was deliberately fabricated to tarnish his reputation. Singapore Press Holdings has also given an undisclosed sum of money to Mr Yang as out of court settlement.”Follow us on Social Media