The curious case of a politician who is so wildly popular 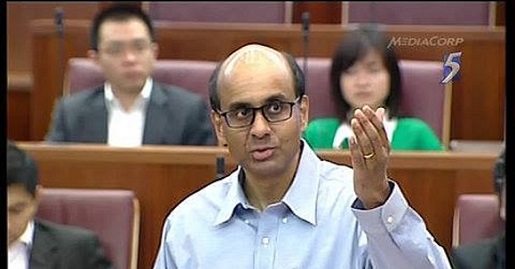 Tharman Shanmugaratnam is a one-of-a-kind politician. He has more ardent fans than any other. Netizens have long clamoured for him to be Prime Minister. Even critics of the PAP have heaped praise on him.

Yet Tharman never sought adulation. On the contrary he seemed discomfited by it and has done his best to deflect attention, protesting “I’m not the man for PM. I say that categorically. It’s not me . . . I know myself, I know what I can do, and it’s not me.”

What is it about Tharman that makes him so well-liked and wildly popular? It could be the sum of different parts in the man. Ironically the more he tried to shore up his imperfections, the more he connected with people.

He revealed that he was “completely disinterested” in studies and was aimless as a youth. “Studying medicine would have required time and academic effort, and I did not have that at the age of 17 0r 18 . . . I never had a job in mind, no ambition in terms of career.”

Tharman went on to major in Economics at Cambridge and Public Administration at Harvard. And the chap who hated studying became of all things the Education Minister!

As an ACS boy, Tharman spent much of his time indulging in sports – playing hockey, cricket, football, volleyball, rugby, sepak takraw. In later years he even played in the premier hockey league for Singapore Cricket Club and Singapore Recreation Club. The once sports-crazy politician gave this bit of advice on Facebook after Joseph Schooling won an Olympic gold medal: Discover something we each can be good at. Persevere and never give up. Then pass the passion on to the next generation.

There is also the rebel in him. Tharman has said that he was once “a dissident, a government critic.” He even got into trouble with the law. As a director at MAS 25 years ago, he was charged along with four others under the Official Secrets Act for illegal disclosure of sensitive or classified information. He was eventually convicted of a lesser charge of negligence and fined $1,500.

When cultural icon David Bowie died, Tharman posted the lyrics of the classic hit Space Oddity on Facebook and called Bowie a “musical genius.” It seems that his love for music goes hand-in-hand with a passion for poetry. Tharman penned four poems for a 1978 anthology called but we have no legends. He co-edited the book with two friends, all then in National Service and part of the Young Writers’ Circle at the National Library.

How cool is that – a poet and a David Bowie fan who became a Deputy Prime Minister?

The supremely smart and brainy side of Tharman is most apparent to people. He has a sterling record as Finance Minister and is the first Asian to chair the G-30 – a prestigious global body of top financial experts.  He has also been named Finance Minister of the Year by Euromoney magazine.

For someone who is not attention-seeking or rhetoric-driven, who is in fact  diffident at times, he actually has a great common touch and rapport with citizens. In the 2015 general election, Tharman outperformed all others, securing 79.3% of the votes for Jurong GRC.

Given his unique set of characteristics, his past as a rebel, his artistic bent, his refusal to airbrush his imperfections and struggles, it is a wonder that Tharman ended up as a man in white. He is not cast in the mould of a PAP politician.

Furthermore, we have been told by the ruling party that race and ethnic considerations will always be in the minds of voters when they cast their ballots. As a non-Chinese, he is supposed to be disadvantaged, although polling results have not borne that out.

In fact there are a surprising number of people who still harbour hopes of Tharman being Prime Minister. It may be wishful thinking. But it just goes to show that Singaporeans are not looking for sound and fury in their leader, for someone who is ever generous with promises. Rather, Singaporeans are dying for someone who is smart yet straight talking and sincere, and whose imperfections make him all the more human and relatable.Follow us on Social Media