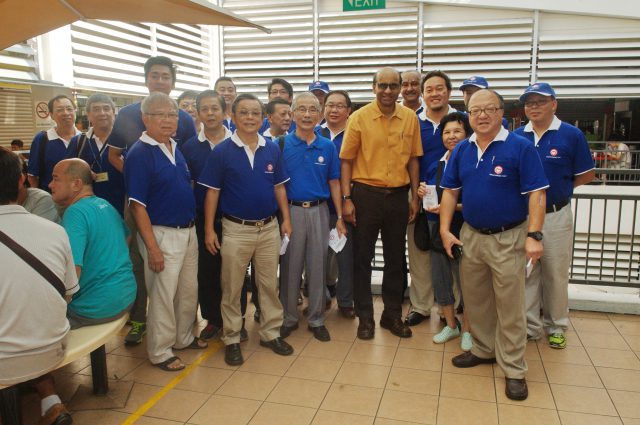 Speaking at the the opening of the inaugural Industrial Transformation Asia-Pacific (ITAP) 2018 trade event at the Singapore Expo, Deputy Prime Minister Tharman Shanmugaratnam said, “manufacturing in the future will not have as many jobs.”

“It’s a challenge because one way or another, if we succeed in improving speed and efficiency, manufacturing in the long term will not have as many jobs. There will be jobs but they will be higher quality jobs but there will not be as many. But we’ve got to create jobs outside of manufacturing so it is still a job-rich future.”

In 2011, Singaporeans First secretary-general Tan Jee Say proposed that Singapore should shrink its over-reliance on the manufacturing industry and move towards growing services sectors.

The People’s Action Party (PAP) leaders countered Mr Tan then saying a large number of Singaporeans work in the manufacturing sector and doing away with it will have “serious” implications.”

Minister in the Prime Minister’s Office Lim Boon Heng said: “If we signal to investors that we want to give up manufacturing and move to other sectors, where does that put the manufacturing companies that are already here?”

Mr Lim noting that manufacturing has led to spin-offs in the services sector, such as banking, insurance, transport and logistics, added: “If we forget all these, we are giving up a quarter of our economy and that is how serious it is,”

Mr Lim said the manufacturing sector provides 540,000 jobs, which is more than half of which are held by Singaporeans and that if Singapore scaled down the sector drastically, a quarter of its economy would disappear.

Pointing to the time when the British withdrew from Singapore bases, which accounted for a quarter of the economy then, Mr Lim said: “Surely, we don’t want to inflict that kind of pain on Singaporeans.”

He added that Singapore should not only continue with manufacturing but also move on to “higher-value-added manufacturing”, and that “it is not so easy to give up manufacturing and move into services, which is a very challenging sector.”

Mr Tan’s effort to clarify that he didn’t propose closing factories, only that the PAP Government pays more attention to scale down manufacturing and develop the services industry fell on deaf ears.

The report noted: “Singapore stands out against a landscape of emerging Asia cities that are relying more and more on services to juice growth.”Follow us on Social Media