Tech savvy: PM Lee says LKY learned to use a computer at 70 so he could work on his memoir 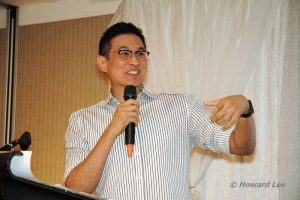 Singapore—Perhaps we can call the country’s founding Prime Minister, Lee Kuan Yew, as the father of a Smart Nation, since he learned to use the computer at age 70 so he could work on his memoirs.

In a Toggle interview on April 28, Prime Minister Lee Hsien Loong told hosts Kym Ng and Evelyn Lam that he would, at times, help his father with finding files on his computer.

Ms Ng and Ms Lam were asking how young people today can aid with empowering older generations with tech skills that would help move Singapore forward in becoming a Smart Nation.

In response, PM Lee said that young people can instruct older ones in using today’s technology, according to a report from AsiaOne.

The Prime Minister told the story of his father, who would seek his son’s help with the computer when necessary.

“He would call me and ask for help to find a file.
But it’s not that the file was missing, it’s that he didn’t know where it was located.”

He said that the late founding Prime Minister had chosen to use a computer because there was “too much content for his memoir,” making it, therefore “more convenient” to edit it digitally on the computer.

When asked if Lee Kuan Yew had done all the typing himself, PM Lee explained that his father had an assistant who recorded what he said and then typed everything out into the computer so that the late Prime Minister could do the editing himself.

He added that his father’s memoirs went through between 30 and 40 iterations before he completed it.

Singapore has pushed toward a transformation into a “Smart Nation” since the 2017 National Day Rally when it was first announced. More and more services that the government provides have gone digital, and at the same time, the country has had more cashless payment methods available than ever.

But amidst these technological advancements lies the question of whether older people would be left behind, as they are unfamiliar with new technology.

PM Lee acknowledged that some apps may be intimidating for seniors, but expressed confidence that with time and practice, they’d be able to adapt to these.

“When the government develops these apps, we’re actually focused on whether it’s user-friendly and intuitive. So I usually try out their websites and apps to test it for myself.

If there are issues, I’ll offer feedback on how it can be improved.”

He cited one example when renewing his NRIC, a process he did online. Though he said it wasn’t difficult, he pointed out ways to make the process easier and made suggestions toward this end.

However, in the interview, he acknowledged that the fast pace of technological advancements can be hard to keep up with. And so, it’s then his turn to ask his own children for assistance, since two of them are techies.

He added that they are patient with him when he does so.

The Prime Minister repeated an earlier point that older citizens can learn new technology. “On that note, the older folks can definitely learn to use a computer and we will be there to help them and motivate them.”/TISG