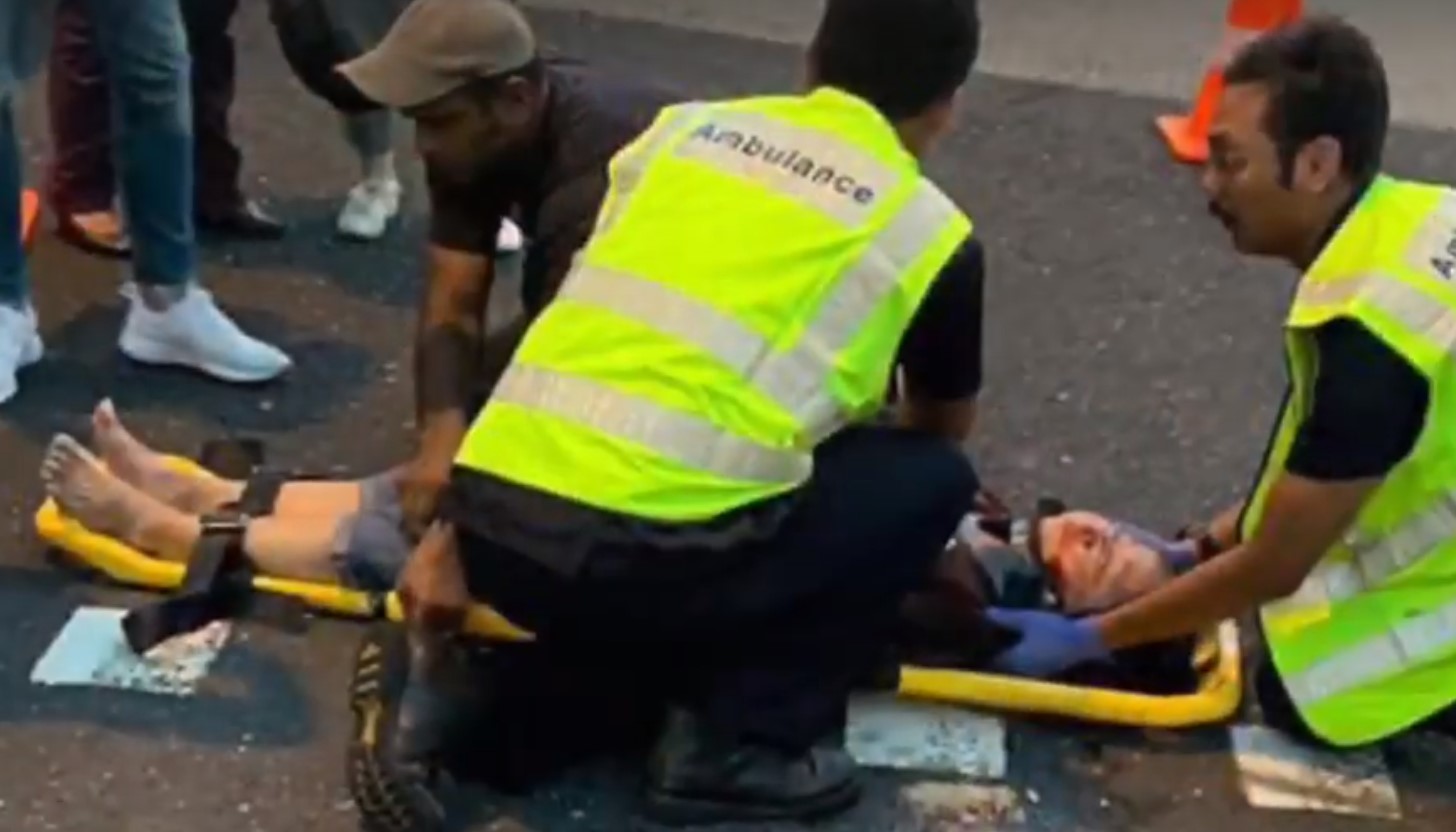 Singapore—At around 7 o’clock in the evening of March 22, SMRT taxi driver How Yuen Fah lost consciousness while driving, causing the taxi to plunge amid pedestrians at the cross junction of Alexandra Road, Jalan Bukit Merah and Queensway.

Unbeknownst to the 72-year-old taxi driver, he had a tumor in his liver, which ruptured, causing him to black out.

Unfortunately, the incident caused the death of a 66-year-old woman and injured at least one other pedestrian.

The incident was caught on camera and was posted on social media, showing the taxi, whose hazard lights were on, abruptly swerving before ramming into pedestrians.

The 66-year-old woman, Madam Tng Yew Huay, suffered a head injury and was brought to National University Hospital (NUH), where she later passed away. Her death was ruled as n unfortunate traffic misadventure by the coroner.

The driver said that he had only begun work for that day at 6:30 pm, picking up three passengers from Bishan. But while he was driving, he suddenly experienced pain in his neck and abdomen, and his vision began to blur as he broke out into a cold sweat.

However, since they were near the passengers’ destination, he decided to keep on driving, applying medicated oil to his nose and forehead for relief.

But Mr How lost consciousness as he was signaling to turn right at the Queensway junction, and only came to when the passenger in the front seat was yelling at him.

According to the state coroner, “When he regained consciousness, he heard the front seat passenger… shouting at him.”

Then he realized that his windshield was broken, but he was still unaware at this point that his vehicle had plunged into the pedestrians at the junction of Alexandra Road.

Moments before, the passenger in the front seat had seen that Mr How’s eyes had closed at the junction. When he tried to rouse the driver with taps on the shoulder, he would not wake up.

But the taxi was still moving, and one of the passengers at the back of the cab told his companion in the front seat two activate the hazard lights.

According to the coroner’s report, “The first passenger then pulled the steering wheel to the left to avoid a collision with the vehicle that was directly in front of them.

The first passenger stated that he did so as he feared for the safety of the people within the taxi and out of a state of panic.”

As the passenger in front turned the wheel, the car sped up and did not stop until it went up the curb where the pedestrians were standing.

Mr How had also been taken to NUH, where a scan showed that he had bleeding in his abdomen caused by the tumor in his liver that had ruptured. This caused him to lose consciousness.

The state coroner said, “The doctor who treated him clarified that the tumour rupture caused severe bleeding into the involved party’s abdomen and a loss of blood flow to his brain.

The doctor also clarified that this caused the transient period of loss of consciousness. Based on the evidence uncovered, there is no basis to suspect foul play.”/ TISG

Read related: Cab driver who killed senior citizen is a 72-year-old who blacked out at the wheel