The Independent Singapore News
Entertainment Arts Supermodel Gigi Hadid got robbed in Mykonos and she shared a controversial...

Instead of a relaxing holiday, the villa she was staying at got robbed.

“PS(A). Don’t let insta fool u. Got robbed,” she wrote in the post about Mykonos. “Never going back lol.”

She asked her followers to steer clear of Mykonos too, saying,”Wouldn’t recommend. Spend your money elsewhere.” 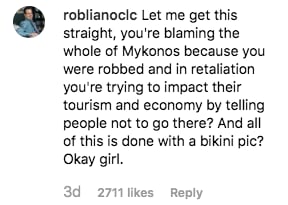 Many pointed out that you can get robbed anywhere.

Lots of commenters pointed out that Greece’s economy relies heavily on tourism, and that Gigi’s post could do real damage to Greek families. 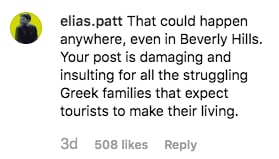 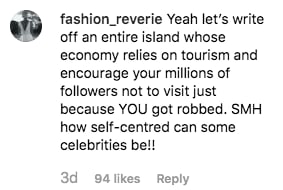