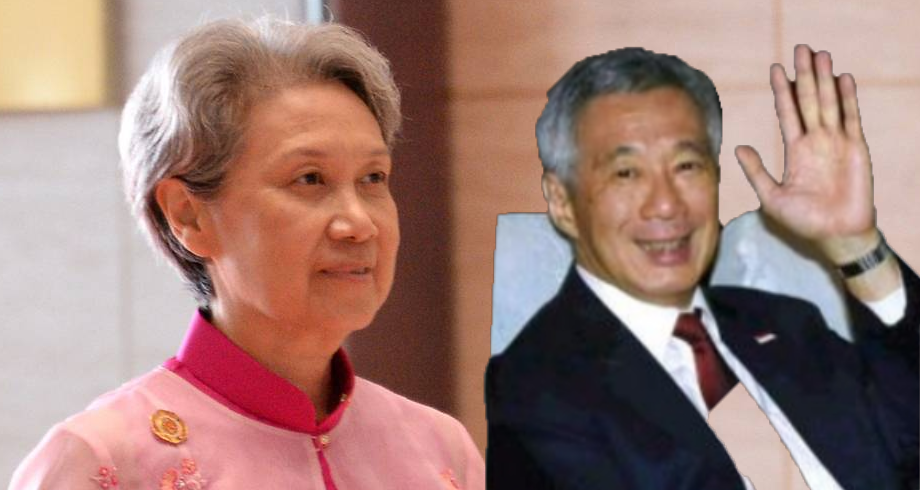 Lee Hsien Loong became Prime Minister in 2004. The same year, Ho Ching became CEO of Temasek Holdings. So this year, Singapore’s power couple celebrate their 14th anniversary as the most powerful man and most powerful woman.

After 14 long years, it seems nothing has changed. They are both snug in their positions, with no sign that either is going away anytime soon.

Even Goh Chok Tong has seemingly grown impatient, setting a New Year’s deadline for PM Lee to designate the next PM within six to nine months, calling it an “urgent challenge.”

Will PM Lee heed the call of Goh Chok Tong? Or will he simply delay it to a time of his own choosing?

As for Ho Ching, there is also no successor in sight after 14 years. Ordinarily, what the wife of the Prime Minister does is none of our business. But since Ho Ching is considered the most powerful woman in Singapore, she is fair game and has to be subject to scrutiny.

Dr Tan Cheng Bock has said that he felt it was “very very dangerous” to have the wife of the PM head such a key institution as Temasek Holdings because there are bound to be conflict of interests. Lee Hsien Yang and Lee Wei Ling have alleged that Ho Ching acted improperly on behalf of the Prime Minister’s Office, without holding an official position.

More than 10 years ago, Temasek Holdings started talking about succession planning, including for the CEO. There was a failed attempt at replacing her with CEO-designate Charles Goodyear back in 2009, who abruptly left after several months. All we got was a terse statement from Chairman S Dhanabalan: “It is with much regret that both Chip and the Board have accepted that it is best not to proceed with the leadership transition. We wish Chip all the best in his future endeavours and are happy that Ho Ching has agreed to continue as Executive Director and CEO.”

The Board, it seems, continues to be happy to this day that Ho Ching “has agreed” to be CEO. A global search was reportedly carried out but it has yielded nothing so far. Are we to believe that after years of searching, nobody in the whole wide world is deemed capable of replacing Ho Ching? Or has the Board stopped looking for a successor altogether? We simply do not have answers to these questions.

And for Goh Chok Tong, the second Prime Minister, to openly call for the leadership issue to be addressed urgently, it raises questions about the mindset and intentions of the current Prime Minister.

For a country previously known for its far-sightedness and succession planning, we are certainly coming up short on two very important counts.

Meanwhile, into their 14th year as Singapore’s power couple, PM Lee and Ho Ching continue to rule the roost. It would be nice to say that Singapore is getting two for the price of one, but in reality both come with a heavy price. It is estimated that with bonuses the annual salary of PM Lee could be around $3 million. As for Ho Ching, it is a closely guarded secret and the sky’s the limit.