In July, SPH reported that its third-quarter profits have crashed by a hefty 44.1 per cent, from S$46.91 million in the third quarter last year to S$26.2 million this year. This year, SPH dropped by 4.7 per cent, compared to the 11 per cent gain in the 25-member MSCI Singapore Index. The group’s shares have also dropped to their lowest in 25 years.

Bloomberg data shows that SPH’s net income is “set for a seventh annual decline in eight” while shares are “set for a fifth yearly decline”.

Over half of SPH’s sales come from its media business, which has been struggling due to digital disruption. To combat this, SPH CEO Ng Yat Chung focused on expanding SPH’s real estate and digital businesses.

While SPH’s revenue from property rose by 21 per cent, Bloomberg said that the company’s strategy of diversifying into real estate “has so far failed to offset sagging earnings from its media business.”

Citing analysts who reportedly remain unimpressed with SPH’s attempts to diversify, Bloomberg quoted RHB securities’ analyst Jarick Seet who said that SPH’s expansion into property is helping its performance but “other segments are not able to replace the drop in earnings” in the group’s core media business, which is “deteriorating at a much faster pace.”

SPH declined to comment on its performance when it was approached by Bloomberg.

In a statement released last month after SPH reported its third quarter results, CEO Ng said: “The media business continues to be challenged on various fronts including the ongoing trade tensions and the slowing of the Singapore economy, but we remain focused on our digital transformation strategy.”

The considerable decline in SPH’s net profit in recent quarters is not an anomaly. In April last year, SPH suffered a 25 per cent decline in net profit for the second quarter, as compared to the same period in 2017.

Mr Ng was formerly the CEO of NOL. Under his charge, NOL lost more than $1.5 billion and finally, to stop the hemorrhaging, Singapore sovereign wealth fund Temasek was forced to sell NOL away to the French group CMA CGM. -/TISG 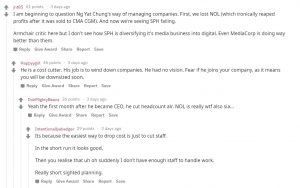 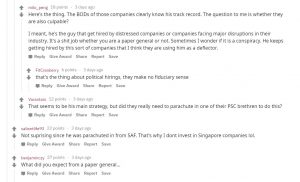 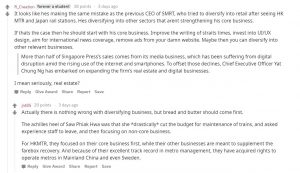 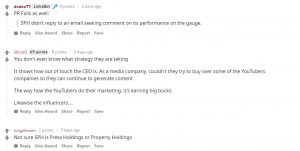