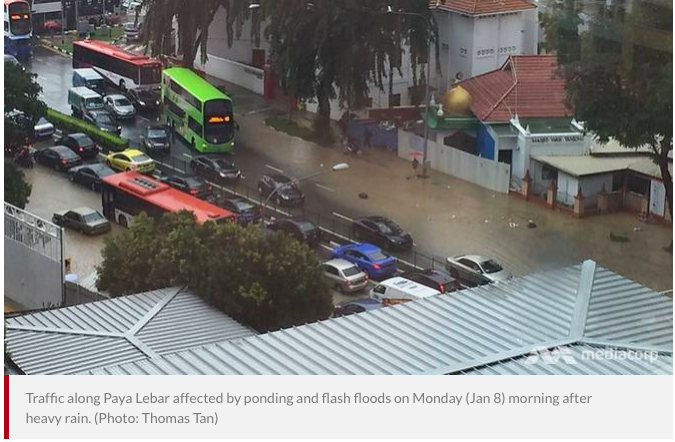 By 11:30 am, PUB announced via Facebook that the floodwaters had receded, and that many of the roads were passable, while warning the public to remain careful and to avoid using the roads that had been flooded. Furthermore, PUB also announced that the floods had only lasted between 20 minutes to one hour, and they issued an assurance that operations teams had been sent to the flooded areas in order to conduct investigations as well as provide necessary help.

Many netizens have been sharing videos and photos of floods in different areas–showing vehicles submerged in water, bad traffic caused by the flooding, and other effects of the floods. Uber drivers have reported that their vehicles have gotten stuck and that they have even unable to bring passengers to their desired destinations as these places are flooded.

Netizens have also taken to social media to express their shock, dismay and disbelief at the flooding.

Still others let their sense of humor rise to the occasion, choosing to see the lighter side of the flash floods.