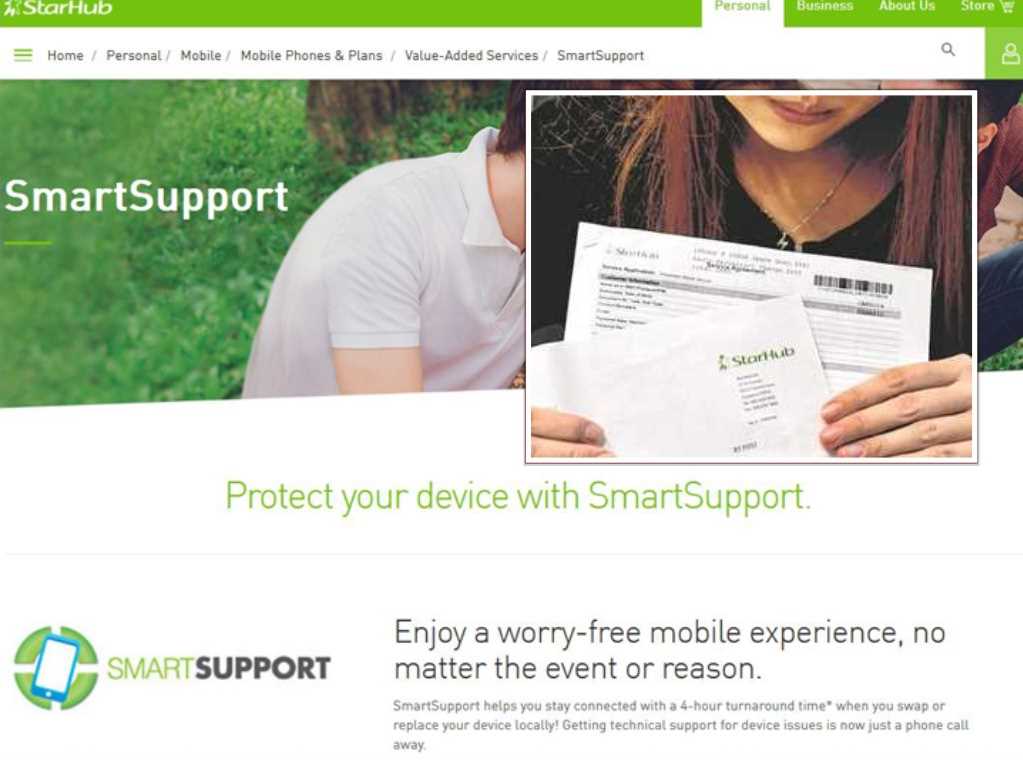 24-year-old Ms Wong was disappointed to find out that Starhub will not provide her with a replacement smartphone, even though she signed up for and was immediately enrolled into Starhub’s SmartSupport service, which offers to replace your phone for a replacement fee if it goes missing.

The young woman signed up for the plan the day she bought her phone, on 7 Nov at a Starhub outlet in Woodlands. A Starhub employee convinced her to sign up for the monthly payment protection plan by informing her that she will only need to pay a replacement fee to get a new phone (without accessories like a charger and earphones) if she loses her original handset.

If you subscribe to the SmartSupport Service Plans, you can be charged anywhere between $75 and $650 to have your lost phone replaced, depending on the type of phone you have purchased:

Convinced, Ms Wong signed up for the plan and claims that she was told the plan would be effective immediately.

The very next day, Ms Wong accidentally left her phone behind at a food court. It was nowhere to be found by the time she returned to look for it.

Ms Wong received another unpleasant surprise when she called Starhub to report the loss of her phone and found out that her SmartSupport service plan had been terminated. This means that she would not be eligible to get a new phone even if she pays the replacement fee.

The disappointed customer complained: “The Starhub staff told me that the plan was effective immediately when I bought the phone, so why was it terminated when I lost my phone?”

Starhub responded to her complaint and clarified that it is stated in the plan’s terms and conditions that it will take up to 7 days for the service to be activated. It added that the service subscription fee would have been billed to Ms Wong during her first monthly phone billing cycle.

Since it had not charged nor collected the subscription fee from Ms Wong, her phone replacement plan was terminated. It appears that there is a stark difference between being immediately enrolled into the plan and being subscribed to the plan – subscription would only be activated after a maximum of seven days:

Ms Wong feels misled by Starhub: “If they told me it would take 7 days to be activated, I can only say it was bad luck, but they didn’t tell me about this.”