She says they wore masks before and after posing for pictures 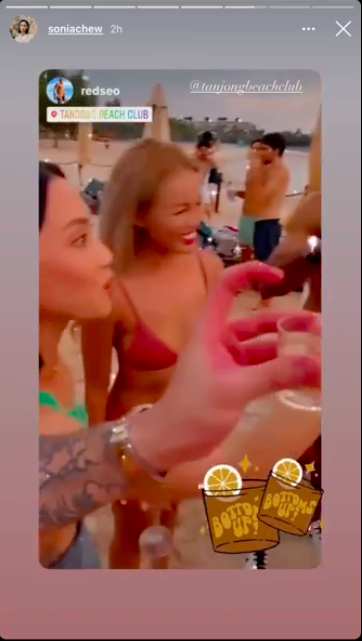 “1) I’ve stated very clearly in my IG post that masks were worn when drinks, food or picture taking were not involved. Tanjong Beach Club takes this very seriously and we followed those rules closely.

2) The person labelled “5” in the screenshots posted was a masked waiter wearing a Tanjong Beach Club tshirt. He was holding a tray of drinks.

3) I was in a group of 8 guests. Once again, the establishment takes this very seriously. There was no intermingling between tables. “

Singapore — 987FM radio DJ Sonia Chew has once again come under fire after seemingly failing to conform to social distancing measures or wear a mask.

In a recent video that emerged on social media, Chew was seen partying with others at Tanjong Beach Club over the weekend.

On Saturday (Mar 13), at around 5.49 pm, in a series of Instagram Stories, Chew and her friends were seen partying, socialising and doing shots while at the beach. The Instagram Stories were initially compiled and posted onto YouTube but have since been taken down.

Netizens were quick to post screenshots of the group online and call them out, even counting the number of people standing together.

Others also pointed out how they were not wearing masks or observing social distancing. 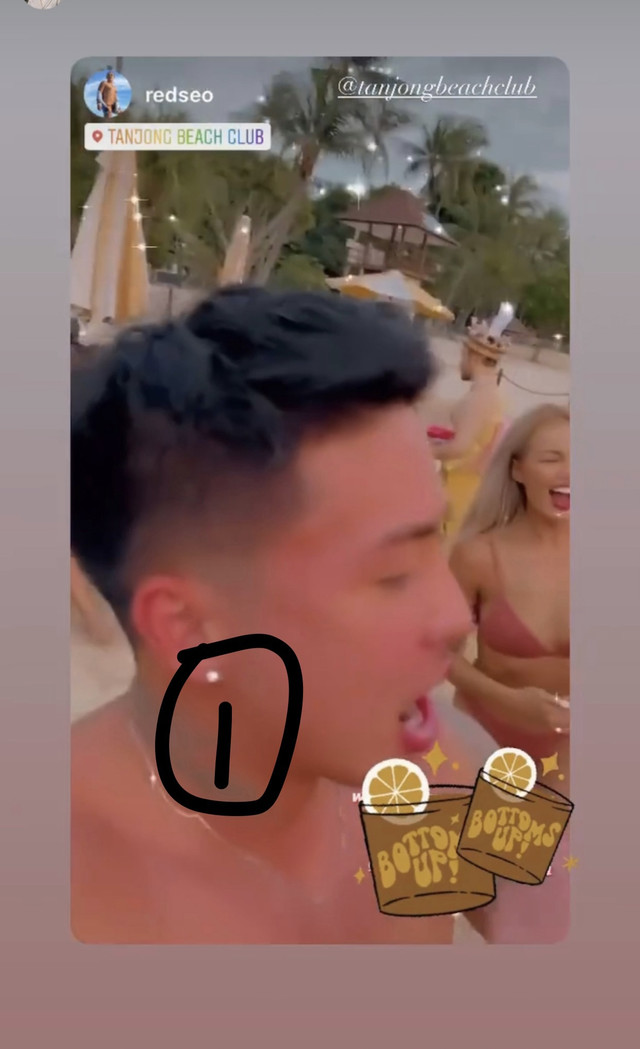 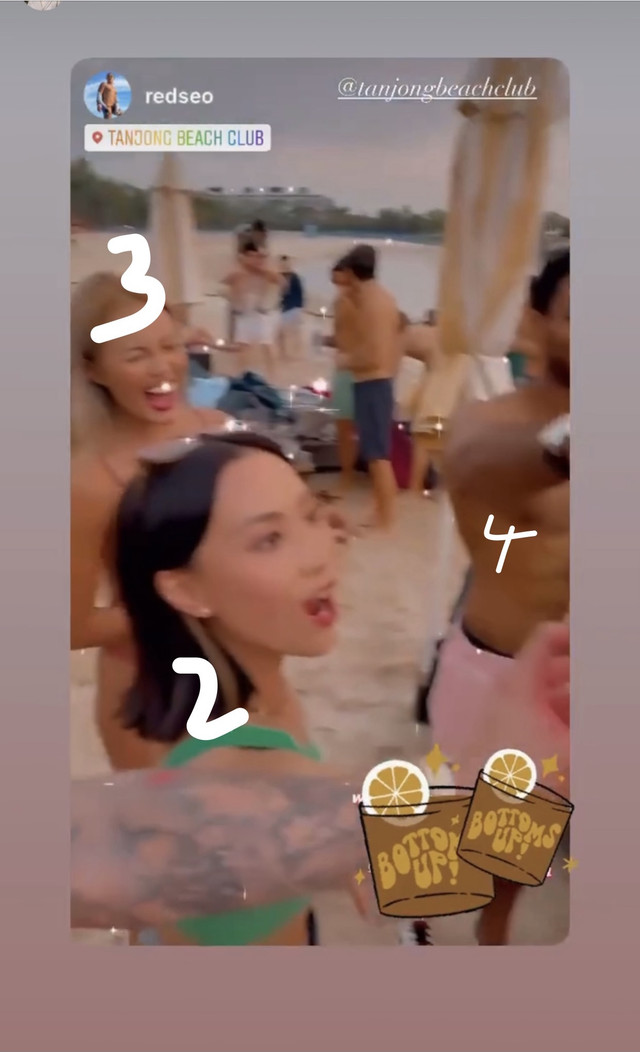 However, in social media updates, Sonia Chew and her friend who initially posted the updates, clarified the incidents.

Despite netizens’ speculation, Chew shared a photo and posted the following disclaimer: “*masks were worn before and after pictures when we were not drinking or eating”.

Her friend also added: “PS: In the event if you aren’t able to count properly / too blind to see … 😇 The 9th story involved the friendly @tanjongbeachclub waiter with the mask who was serving @mirchelley’s birthday shots! 😂🥳🙃”

Despite this, netizens also speculated and commented that there could have been more than nine in the group. While it is unclear from the videos posted if there was indeed intermingling involved, those who commented seemed to be certain of it.

Chew was slated to be the host for the countdown event welcoming the new year, along with fellow 987FM DJ Joakim Gomez. However, Chew was replaced by DJ Jean Danker after her “severe lapse of judgment” that led to an investigation by the Ministry of National Development (MND).

Chew was spotted in a group photo showing a gathering for actor Jeffrey Xu’s 32nd birthday in October. A total of 13 people were in the picture, including Mediacorp artistes Terence Cao and Shane Pow. Two celebrities not affiliated with Mediacorp, Jeremy Chan and Julie Tan, were also identified.

Under the current Covid-19 regulations, social gatherings are limited to groups of eight outside a residence and within households.

TISG has reached out to Sonia Chew for comment. /TISGFollow us on Social Media