Hundreds of Singaporeans thanked him for his gesture and his Facebook post explaining his reasons for doing so drew a whopping 35,000 reactions and over 10,000 shares in a matter of hours

Workers’ Party (WP) secretary-general Pritam Singh has drawn widespread praise after he pledged to donate half of his pay as Leader of the Opposition (LO) to charity.

A day after the 2020 General Election – in which the WP won an unprecedented 10 seats, Prime Minister Lee Hsien Loong formally designated Mr Pritam Singh as Singapore’s very first LO. On Tuesday (28 July), the Government revealed that the WP chief will be given parliamentary privileges, access to government data and briefings on issues of national interest, staff support, and an LO allowance.

As the LO, Mr Pritam will receive double the allowance of an elected MP and his annual package will be S$385,000, inclusive of his allowance as an MP.

Hours after his new privileges were announced, Mr Pritam announced that he has decided to give half of his increased salary to charity. In a Facebook post published just before midnight, he revealed that he and his wife both felt that a portion of his LO salary should be used for a “greater purpose.”

He wrote: “After putting the girls to bed, my wife and I knew there were some things we wanted to talk about arising from the LO appointment. Amongst other things, we spoke about what the salary increase would mean for our family. Both of us felt strongly that a percentage of the salary should be used for a greater purpose.”

Mr Pritam said that he will allocate 50 per cent of the LO salary, after taxes, to charity. The sum will go towards assisting low-income residents in WP wards through the WP Community Fund (WPCF) and/or the WP Grassroots Committee, community programmes in WP wards, other charitable causes or towards the WP’s specific needs.

While Mr Pritam considers it a privilege to be appointed as LO and expressed his gratitude for the additional support and pay package that came with the title, he noted that the appointment will “require more investment of my time and longer hours away from my family.”

He added: “The LO appointment carries with it many additional responsibilities that I will have to shoulder. The road ahead will not be easy but I thank Singaporeans for their support and encouragement.”

Mr Pritam’s Facebook post quickly began trending on social media and drew a whopping 35,000 reactions and over 10,000 shares in hours. 3,600 netizens commented on his post and hundreds of Singaporeans thanked him for walking the talk. Read the top comments here: 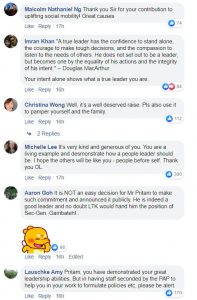 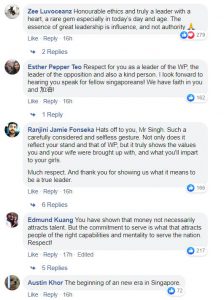 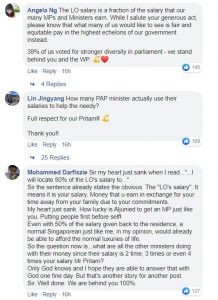 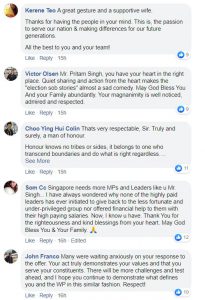 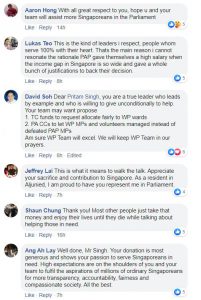 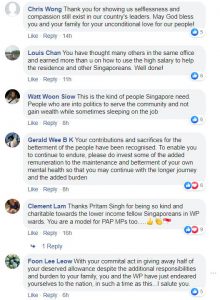 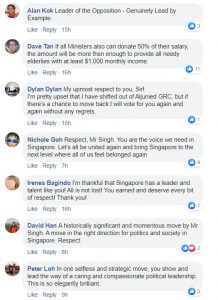 LO Salary__________It is an honour for me to serve as an elected MP in Singapore. Equally, it is a privilege to be…