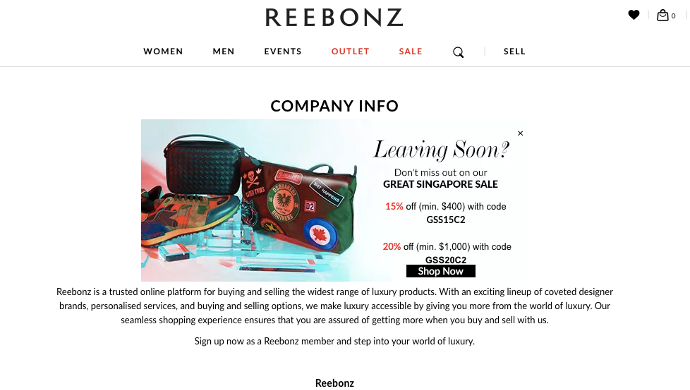 Singapore-based luxury e-commerce platform Reebonz is looking to raise US$150 million, according to a report by Bloomberg. It intends to use new funding to accelerate expansion in regional markets, including China, Japan, and South Korea.

These countries are within Reebonz’s sights for good reason: Chinese luxury spending is still the highest in Asia, despite a slowdown. Japan and South Korea are also voracious consumers of expensive, fancy stuff.

The company is currently working with Credit Suisse Group AG and Goldman Sachs Group Inc to talk to potential investors.

CEO of Reebonz, Samuel Lim, said that he will be exploring investment options from various outlets, including private equity firms, and other fashion companies — so that it can tap into their networks.

Last month, Reebonz launched an e-commerce hub in Singapore. The eight-story facility can purportedly hold over 500,000 types of goods. They are all implemented with RFID tags for easy retrieval.

Asia-based luxury e-commerce platforms that target high-end spenders are few compared to those — such as Zalora, Taobao — that market themselves on the platform of affordability.

Examples of these other platforms include high-end fashion marketplace THE FIFTH COLLECTION and curated luxury marketplace Luxglove.

For now, luxury goods are still a niche category, and market saturation does not seem likely; what these platforms need to worry is a long economic downturn that could see consumers tightening their purse strings.