The Independent Singapore News
Home News Singapore DJ who recently gave birth gets her coworkers to try her... 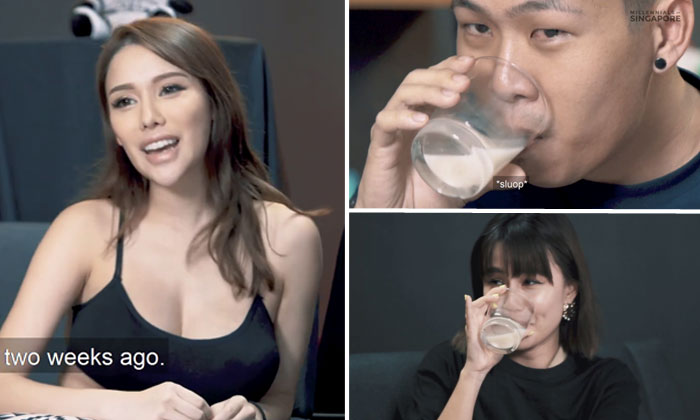 Local DJ Jade Rasif has caused a stir after getting her co-workers to try her breast milk in a YouTube video. Rasif revealed in the same video published last Sunday that she gave birth two weeks ago.

Sharing her experiences as a new mother to her three co-hosts in the YouTube video, which is part of a series called ‘Real Talk’, Rasif said that a nanny takes car of her infant while she works and that she has yet to change a diaper.

Rasif also describes the difficulties of pumping breast milk and said that she had to be rushed to the hospital once when her milk ducts clogged and when she had a 39-degree Celsius fever after she missed her night pumping schedule.

At the end of the episode, Rasif allows her co-workers to try the breast milk that she pumped on her way to work. The co-workers take tentative sips before they share their take on the taste of the DJ’s breast milk.

One says it “tastes like water” while another says the milk has a rubbery aftertaste. The other co-host claimed the milk tastes like packaged cow’s milk from the Marigold brand: