Security officer suffers heart attack while on duty; forced to go private after lack of space in SGH 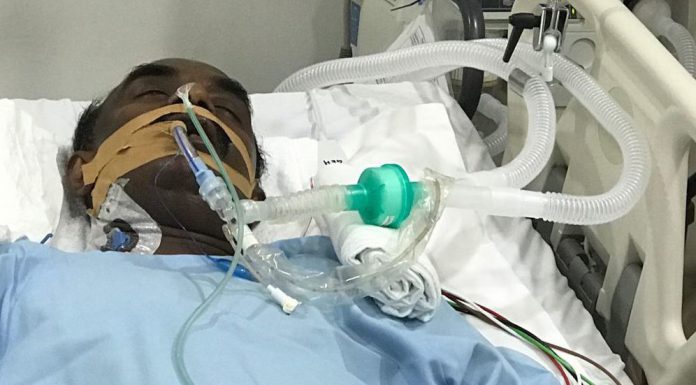 We are sorry to hear of Mr Thomas Lukose’s situation.

For any request on inter-hospital transfer, the doctors at the hospital the patient was warded will contact our specialist to communicate key information such the patient’s medical condition, type of bed and treatment needed. We will then work with the patient’s doctor to facilitate the transfer as soon as a bed is available.

We understand that the patient is recovering and due for discharge soon.

The family of 55-year-old Singaporean security officer, Thomas who suffered a sudden heart attack while on duty last week, has appealed for help to manage mounting financial challenges since they were forced to seek medical attention at a private hospital due to a lack of space at government hospital, Singapore General Hospital (SGH).

Thomas was patrolling Gleneagles Hospital on 13 September when he felt breathless. He was escorted to the A&E department by his friends where he collapsed from a heart attack. He is fighting for his life in the Intensive Care Unit (ICU), breathing with the help of a ventilator ever since.

Shocked and grief-stricken, Thomas’ family (comprising of an 85-year-old widowed mother and three brothers) have been trying to get him transferred to the less expensive SGH to no avail – there are no ICU slots available at SGH and it would be too risky to keep Thomas waiting for surgery any longer.

Forced to remain at private Gleneagles and authorise an urgent operation, Thomas’ family is struggling to manage the $40,000 medical bill they have now, which is expected to grow by tens of thousands of dollars to over $100,000 with the urgent operation.

Thomas’ brothers who work in security and driving are appealing for help to cover some of the medical costs of saving their beloved brother’s life:

“Our family’s world came down crashing on Wednesday 13th September when we heard about my brother Thomas collapsing while on duty due to a heart attack. At 9:20 pm on Wednesday, Thomas was on his usual patrol when he felt breathless. He approached his friends who took him to A&E and soon after he collapsed from heart attack. Thomas has been in ICU and on ventilator since Wednesday.

“Thomas is a 55 year old Singaporean who works as a security officer at Gleneagles Hospital. He is described as friendly, pleasant and simple by everyone who knows him. A few years back he was even awarded the most gracious staff award at the hospital for his friendly demeanor.

“Thomas is fighting for his life and needs your prayers to make through this difficult time. We have been told by the doctor that his chance of survival is decreasing with each passing day and he needs to undergo an operation as soon as possible.

“We have been trying to get him transferred to SGH where the cost will be lower however the efforts have not been successful as there isn’t an ICU slot available and it will be risky to keep waiting any longer. Therefore we have no choice but to go ahead with operation at Gleneagles.

“The medial costs have already picked up to S$ 40K so far and the estimated costs of operation is S$ 100K. Our family doesn’t have the means to afford such medical expenses as I am a security guard and my other two brothers are in ordinary jobs like driving and security.

“We are pleading for your help in supporting Thomas through this difficult times. Every dollar you donate counts. We are very grateful for your support and generosity. Please keep Thomas in your thoughts and prayers. He will be going though an operation tomorrow morning and if his situation worsens, the doctors might need to operate today itself since we have been told that the infection is growing.

“We need your support to pay the S$40K medical bill and subsequent operation costs which is estimated to be S$100K. Thank you so much for helping our brother Thomas fight for his life.”

Visit https://www.give.asia/story/please_help_thomas_fight_for_his_life to give generously and save this Singaporean brother’s life.