The Independent News
Home News Featured News S.Jayakumar reveals how he lured Shanmugam and Davinder Singh into politics in...

S.Jayakumar reveals how he lured Shanmugam and Davinder Singh into politics in new book 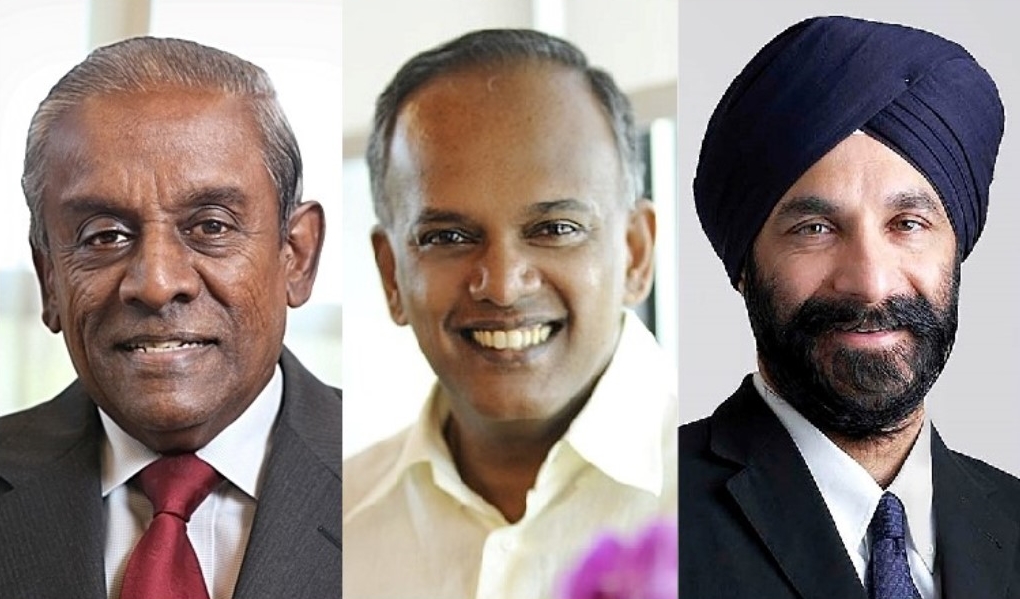 Former Cabinet Minister S Jayakumar revealed how lured K Shanmugam and Davinder Singh into politics, in his new book ‘Governing: A Singapore Perspective’. The 192-page volume, which provides an inside look into Prof Jayakumar’s three-decade long political career, was released earlier this month.

Prof Jayakumar was a prominent law lecturer in the Faculty of Law at the National University of Singapore from 1964 to 1981 and became Dean of the Faculty in 1974.

That year, then-People’s Action Party (PAP) chairman Toh Chin Chye “popped the question” to Prof Jayakumar and asked him to join the ruling party. Recounting how he was hesitant to enter the political fray, Prof Jayakumar wrote in his book:

“In 1974, when the Chairman of PAP, Dr Toh Chin Chye, first broached the idea of my entering politics, I demurred and said that I was not ready.”

Five years later, Prof Jayakumar accepted the call to join the ruling party when he was asked whether he would regret turning the invitation down a second time if things went awry in Singapore in the future. He recalled:

“Later, in 1979, when Goh Chok Tong, through S. Dhanabalan, asked me to stand in the next General Election, my first response was that I preferred to continue teaching law at the university.

“But they asked me this question: “Supposing you are on the top of our list, and if you say no, and we have to go down the list and everybody else keeps saying no. We then go to the bottom of the list and then later, would you regret it if things went awry in Singapore?”

“When it was put in that way, I found it very difficult to refuse,” said Prof Jayakumar. Sharing that both he and his wife discussed the matter that evening and found that they could not say no, Prof Jayakumar added: “And that’s how I ended up running.”

Revealing that both men were hesitant to join politics, he wrote in his book: “So then I looked around who are my best students in law school? Davinder Singh and Shanmugam.

“So I asked both of them separately to come to my office. And I posed the question and they gave me more or less the same reply that I gave, so I posed the same question that they did, and they both agreed, and that’s how the both ended up as Members of Parliament.”

Mr Davinder, a heavyweight lawyer, served as MP for Bishan-Toa Payoh GRC from 1988 to 2006 while Mr Shanmugam is one of the longest-serving incumbent MPs and one of the most powerful ministers in the current Cabinet, holding down both the Law and Home Affairs ministries.

As for Prof Jayakumar, he went on to serve as Deputy Prime Minister and Minister for Law in the Cabinet of the new Prime Minister, Mr Lee Hsien Loong, before stepping down from both roles between 2008-2009. He was appointed a Senior Minister in 2009 before retiring from politics on May 21, 2011.

Although Prof Jayakumar decided not to contest in the 2011 General Election due to health reasons, he is still an active contributor to the Government. He serves as senior legal adviser to the Ministry of Foreign Affairs and continues to consult on issues like the Pedra Branca dispute and water agreements with Malaysia after his retirement from politics.

He is also currently a pro-chancellor of the National University of Singapore for a three-year term from July 1, 2020.

In his new book, Prof Jayakumar further noted that it is not as easy to get people to join politics now, with the increased scrutiny from social media.

He also said: “I think I do know actually that some people have been approached, and their wives and families were reluctant. So I hope they will consider the same question that was put to me and maybe they’ll change their minds.”

‘Governing: A Singapore Perspective’ is available at leading bookstores at S$35 (inclusive of GST). It can also be purchased from www.stbooks.sg while an Amazon Kindle e-book is available at the price of S$22.90.

Prof Jayakumar is donating his royalties from the sale of the book the Rainbow Centre, the Foreign Affairs Ministry’s adopted charity which supports children with developmental and learning needs.