PSP’s Tan Cheng Bock: Now, I am back home in West Coast 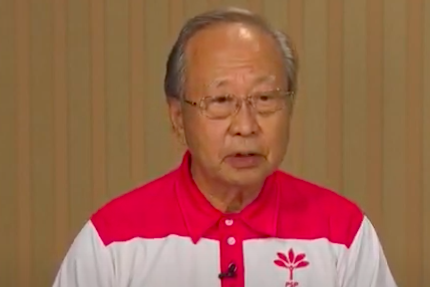 Singapore — In the GE2020 Constituency Political Broadcast on Wednesday (July 8), the Progress Singapore Party Secretary-General, Dr Tan Cheng Bock, and his team in West Coast GRC spoke about their contest against a People’s Action Party team.

Dr Tan said: “We live in unprecedented times. The Covid-19 pandemic is raging and we need to recover altogether. We must now adapt to new ways of working and living. New solutions, we need to think out of the box, not more of the same top-down approach practised by the PAP, where the government tells you what to do and expects you to follow without questioning. Instead, we can rekindle the West Coast spirit where solutions come from the ground up.”

He added: “This is what happened when I was an MP 26 years ago. Ayer Rajah was a sleepy town when I took over in 1980. The residents of Ayer Rajah and I made many changes together.”

Mr Khoo touched on some of the measures put in place by Dr Tan during his years as an MP. He added that a “new normal” demanded a new approach. The PSP intends to plan and promote jobs for Singaporeans within the town council. He added that he would also hope to create communities of local start-ups and SMEs and help them grow. Mr Khoo said that, in order to overcome Covid-19 difficulties, they planned to transform void deck spaces into working spaces, or reading spaces for children.

Mr Loganathan spoke about the need to reduce Singapore’s overdependence on foreign labour. He said the PSP pushed for a review of employment passes so as to provide more opportunities for local graduates. In the long term, rebalancing the supply of foreign labour pushes employers to move towards a higher value add and higher wage model.

He added that in order to strengthen the social security net, Singapore needed to improve its financial assistance system and allow for flexibility in withdrawing one’s own CPF funds.

In her speech, Ms Poa addressed the Mandarin-speaking community.

Assistant Secretary-General Leong Mun Wai urged Singaporeans to “vote with no fear”. He said that, while the incumbents enjoy a strong advantage, Singaporeans should worry more about the opposition parties being “wiped out”.

“Also, do not fall for the claim by the government that having 12 Non-Constituency Members of Parliament is good enough. The NCMPs are not full MPs because they do not have the full weight of the support of the voters,” he said.

“Vote us in as full MPs because we want to bring about real change to have a credible and strong alternative front, we need at least 1/3 of the contested seats in Parliament.”

“Don’t shortchange yourself. You deserve better. Vote for us. Vote for Progress Singapore Party. For country, for people,” he added.