The Independent News
International Asia Priyanka Chopra blushes as she recalls when she fell in love with...

Priyanka on when she fell in love with Nick Jonas. 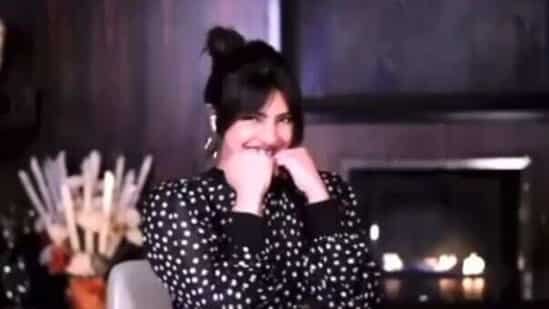 India — Priyanka Chopra and her husband, Nick Jonas, took fan questions in a recent promotional event for her memoir, Unfinished. A question that Nick was ‘dying to know’ the answer to was ‘when did you fall in love with me?’

Priyanka and Nick tied the knot after a whirlwind romance in 2018, at the Umaid Bhawan Palace in Jodhpur. In the interactive session, Nick recalled that they met only a couple of times before realising that they had feelings for each other.

Priyanka, who was visibly blushing, said, “You remember when I came to the studio, after the Dodgers game?” Nick nodded, “So we meet once, don’t see each other for a year, hang out again briefly, then it’s another year before we say ‘let’s give this a shot’.”

He continued, “We go to the Hollywood Bowl, it’s an amazing, magical night; go to the Dodgers game the next day, which was a confirmation that this wasn’t a fluke, and that we really liked each other.” Nick said that within 48 hours after that, they were saying ‘I love you’ to each other.

Priyanka then recalled the studio visit, which happened on the third day of this period. She said, “So I came to the studio with a friend of mine, and I was really shaken up by your whole energy. One thing to know about my husband is that when he wants something, nothing can come in the way of that. He’ll just make the whole world believe in what he believes in. And that’s what was happening with me; I was going along with this energy.”

She continued, “The moment when I felt that my knees buckled was when you were conducting this choir of these amazing gospel singers.”

Nick said that for him, he felt a sense of ‘peace’ wash over him when Priyanka walked into a hotel, and he felt sure that he wanted to spend the rest of his life with her.