“The police take a stern view of persons who post remarks online that could cause ill-will and hostility between the different races or communities in Singapore and they will be dealt with in accordance with the law,” said the SPF 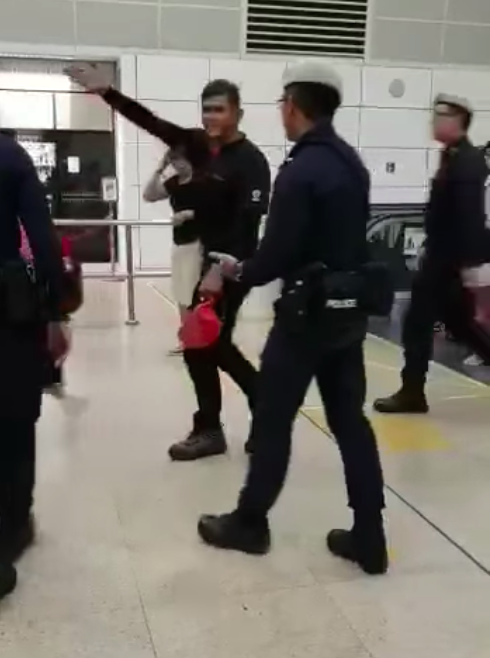 The statement released on Wednesday, July 10, said that “such allegations are untrue, baseless, irresponsible, and may stir up racial tensions.”

SPF’s statement was in response to a video of a Malay man at Bishan MRT station who was stopped by Public Transport Security Command (TransCom) officers conducting a random check.

Yelling in Malay, the man accused officers of targeting people of his race while leaving those of other races alone. He also questioned if officers had any grounds to conduct checks on him.

The video of the man went viral, with his words stirring many racially-skewed comments.

What this guy is complaining against the police ?‍♂️ officers is true.

In their statement, the SPF emphasised that action would be taken against those who put up such remarks. It also clarified that the “majority of persons checked by the same team on that same shift were non-Malays.”

“The police take a stern view of persons who post remarks online that could cause ill-will and hostility between the different races or communities in Singapore and they will be dealt with in accordance with the law,” they said.

“The police would like to assure the public that our officers are impartial in their checks, and are trained to carry them out professionally. We hope that the public can understand and appreciate the need for such checks, which ensures the safety and security of commuters, and will cooperate with the officers as they carry out their responsibilities.” /TISG

Their full statement can be read here.