The Independent Singapore News
Business & Economy Startups Permalancing is apparently a thing now, and here is how to best...

Permalancing is apparently a thing now, and here is how to best work with “permanent” contractors 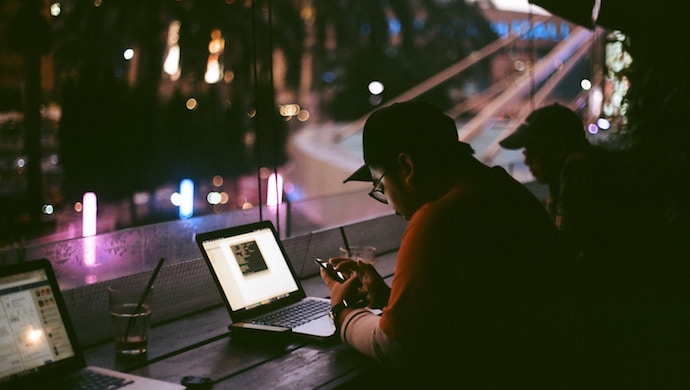 A permalancer is a freelancer whose position has turned into a full-time one but without benefits typical for full-time employees. This happens when a freelancer works with just one employer that provides them with significant amounts of work. Governmental agencies and private companies are often offering permalancing positions to their independent contractors.

Permalancing is gaining popularity for a few reasons that we’ll go through below, but there are also some disadvantages.

Some say there is no clear boundary between an independent contractor and a full-time employee. While quite many freelancers who’ve experienced this, even when working with a renowned company, suggest they felt like the disposable workforce in the organisation.

Let’s break this down into two categories so we can see what’s in it for employees and employers and who can really benefit from permalancing.

What are the positive effects of permalancing for workers? For a start, they can finally have a regular and predictable income, and better plan their expenses.

A permalancer will also have a pretty good chance to land a permanent position with the company down the road, and this might look better in their resume if they ever go back in the job market.

However, one of the reasons why employers often prefer permalancers isn’t beneficial to the actual workers – this is the ability to lay them off without the usual complications.

Managers too are seeking flexibility. In this case, that means considering someone a freelancer but paying them a full-time salary and treating them like a regular employee. Until it’s time for the benefits and the protection an employee has, which simply doesn’t exist when talking about permalancers.

Also read: Need a productivity boost? Check out these 7 tools for freelancers and solopreneurs

There’s a negative side too – for both parties. For permalancers, that’s the insecurity. Which means continuing to live with the fear of not meeting their monthly target next month. While the chance for that is small when working with a good company, this is still considered a freelance position and can easily be replaced by another contractor.

The next reason why workers don’t feel this is fair is that while acting just like full-time employees of the company, they are still being treated as freelancers.

The legal aspect regarding permalancing is still not very clear to either party involved. Employees aren’t sure what they need to discuss in advance and what should be expected from them. Due to the lack of information about this position, it’s not actually known what number of hours are required for a person to become a permalancer and sign a contract with the company.

Employers might be concerned about not satisfying the needs of those permalancing in their company due to the unclear nature of the taxes related to contractors transitioning to full-time employees.

If you’re a freelancer and ask around among peers, you might notice that different possible issues arise. People might advise you to watch out when signing a contract with a company and even consider staying a freelancer because it’s something you’re familiar with. Once you become part of an organisation, you leave many aspects of your career and salary into their hands.

Also read: Freelancing is a new norm, but it still faces a massive problem

Minimising The Negative Effects of Permalancing

Let’s share some tips on what to do in order to make the transition to permalancing less painful and the whole career move more fair to employees.

First, the expectations should be set in advance. This applies to pay rates, working hours, time off, and other aspects of the work process. The employer and the potential permalancer should have a one-on-one meeting (could be virtual too) that is recorded and where they come prepared with questions and additional information. No contract should be signed before this conversation.

Next, freelancers should think it through and not accept the full-time position just because it sounds tempting at that stage of their life. If, in any way, it costs them their flexibility, freedom and love for the craft, maybe it’s not the right choice for them.

Companies should create policies for permalancers that describe how each individual should be treated and what their rights are.

Last but not least, employers must open their eyes to the additional positives of having freelancers join them full-time other than paying lower salaries and providing fewer benefits, such as insurance. Such advantages include making a talented independent worker feel comfortable in the new environment and do their best job to help the business reach the next goals, for example.

Permalancing might or might not be right for your company. However, with the rise of remote workers and companies with remote teams, such positions that include a bit of both worlds won’t go away any time soon. In fact, there might be new versions of permalancing appearing in the next few years.

At the end of the day, every employer and freelancer have the chance to decide who to work with and what’s best for them. Which means permalancing can be as fair as the people involved make it.

The post Permalancing is apparently a thing now, and here is how to best work with “permanent” contractors appeared first on e27.