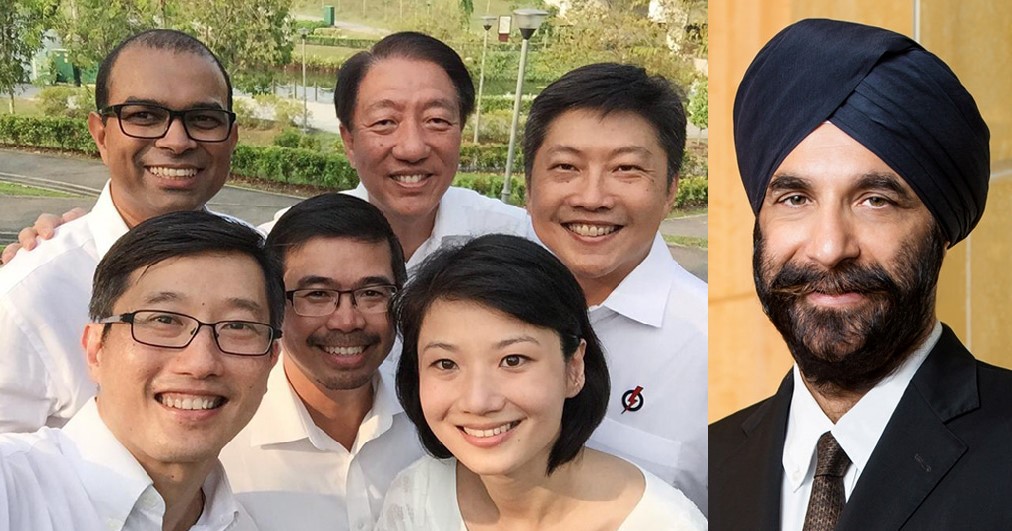 A Pasir Ris-Punggol resident has asked her Members of Parliament (MPs) whether any town council funds were used to engage top lawyer Davinder Singh to represent the town council in their lawsuit against the three Workers’ Party (WP) MPs Low Thia Khiang, Sylvia Lim and Pritam Singh.

The three WP MPs have clarified that they have paid for their legal representatives out of their own pocket and out of the funds that the public have donated to them. Low, Lim and Singh added that they have not used any town council funds or even party funds for the trial costs.

Sharing a screenshot of the email allegedly sent to PRPTC by a friend, People’s Power Party member Augustine Lee asked whether the town council can use funds as they please without informing residents, if it indeed used town council funds to hire Davinder Singh.

“My friend wrote to her town council PRPTC to ask if any funds are used for the lawsuit as they have engaged one of the most expensive lawyer. They did not reply to her emails after 2 weeks. After repeating calling, they said on the phone that they will not reply when the court case is ongoing.

1. Can the TC choose to spend big amount on whatever non estate expenses depending on their own wishes without informing the residents?

2. Can the TC withhold information on big expenses from their residents?

3. Did the TC gather 3 quotations before deciding on which lawyer to choose?

4. Did the TC breach any TC rules and regulations?

Please help to share as we need more accountability in handling of residents money.”

In the email, the resident refers to news that PRPTC has engaged Singh to represent it against the three WP MPs as she asked: 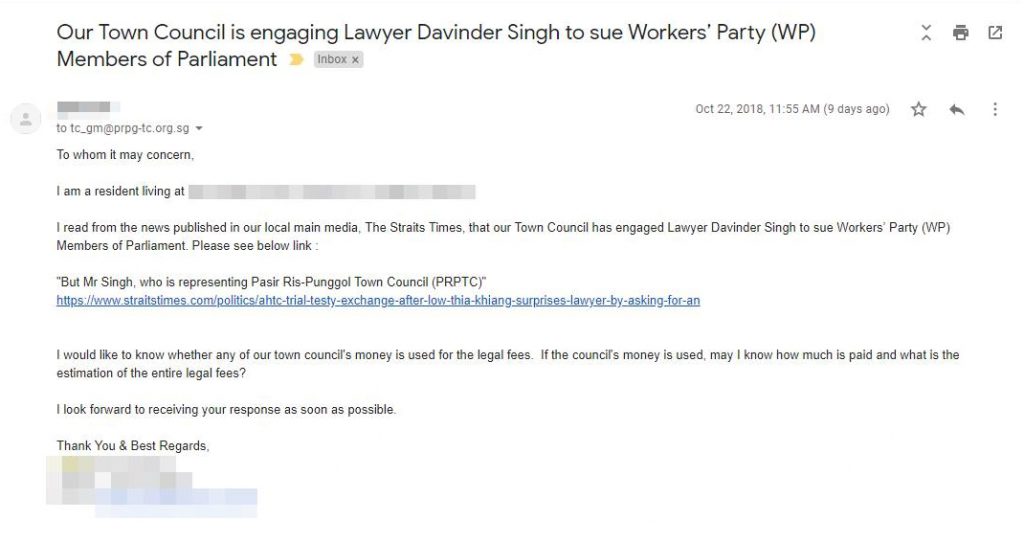 Donations poured in and the MPs closed the appeal just over three days later. The MPs have been faithfully updating the public in how they have paid their lawyers the bulk of the $1.1 million they raised.