A photo showing a flag display at what appears to be a public housing estate has been circulating online. In the photo, five flags are planted on each side of a short outdoor staircase that goes between the void deck of a block and the pedestrian footpath.

There are a total of ten flags and the majority of the flags, six out of ten, bear the logo of the ruling People’s Action Party (PAP). The remaining four flags are the national flag of Singapore.

According to the ‘Manner of display of Flag’ section in Part III of the SINGAPORE ARMS AND FLAG AND NATIONAL ANTHEM ACT, “Subject to international practice, the Flag shall take precedence over all other flags when displayed in Singapore.”

Further, the law states that “When the Flag is displayed with any other flag or flags, the Flag shall be displayed prominently, in the position of honour and, where practicable, above all other flags.”

The Act also explicitly states that “The Flag shall not be displayed below any other flag, emblem or object.”

While there is some speculation that the flags may be displayed in a constituency held by the ruling party, it is unclear exactly where the flag display was captured. 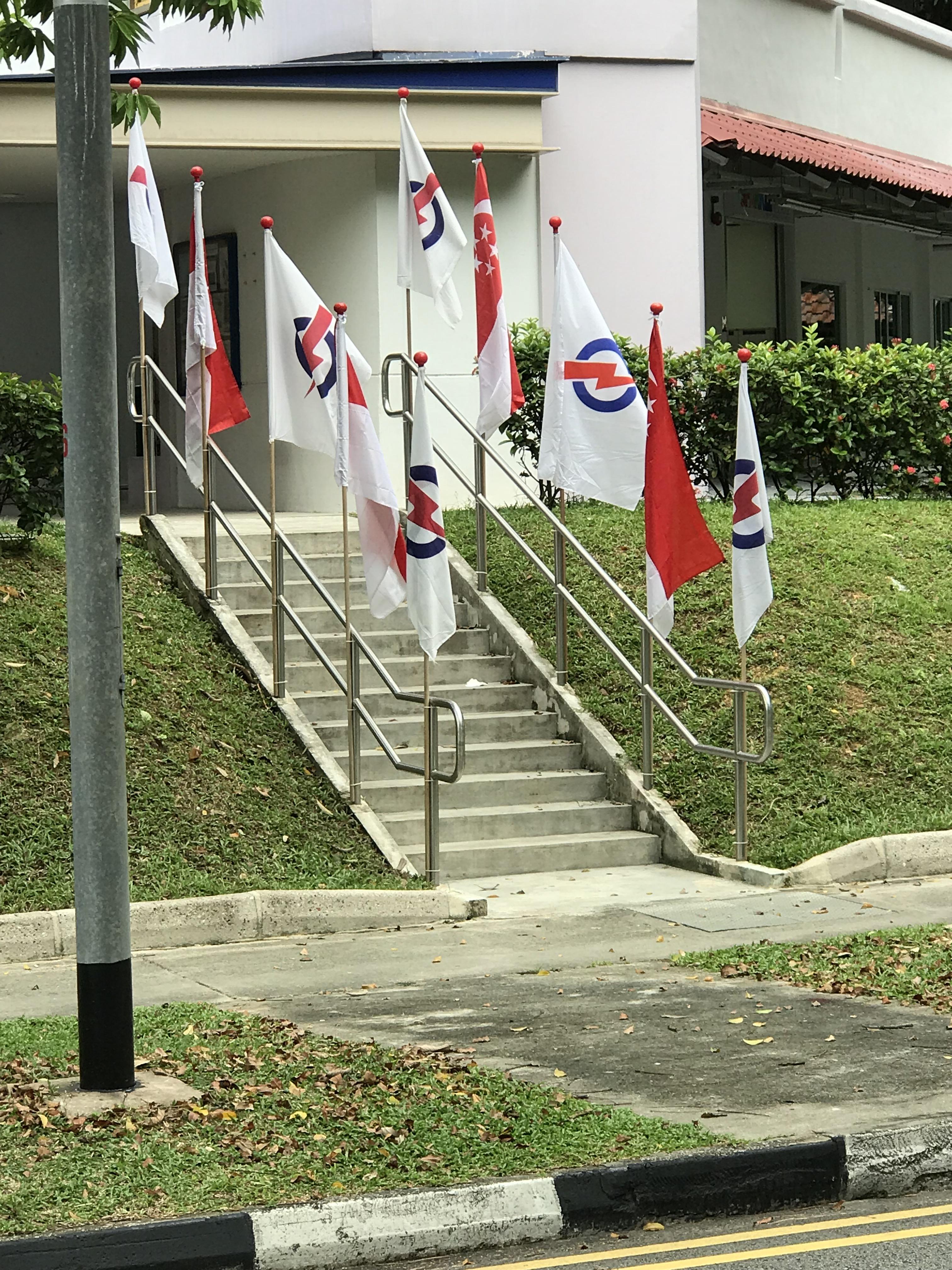