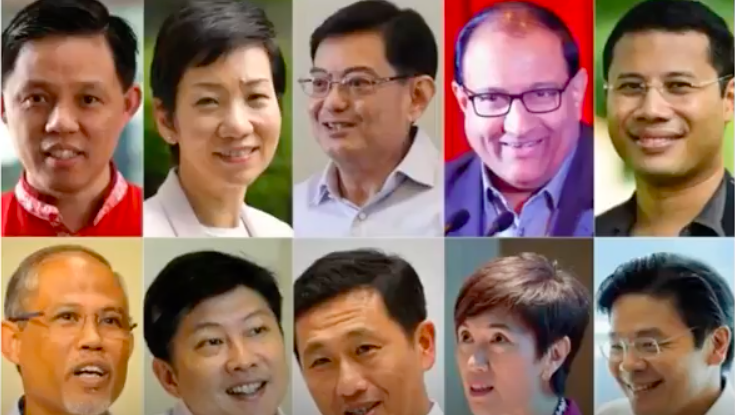 Education Minister One Ye Kung has said that the fourth-generation leaders (4G) are set to visit all constituencies within the next year to year and a half, including constituencies held by opposition parties.

This is in all likelihood in preparation for the next General Elections (GE), since Prime Minister Lee Hsien Loong, the secretary-general of the People’s Action Party (PAP), said that PAP only has two years to get ready.

However, when he was asked if the constituency visits were in connection with the elections, Ong merely said that the estimated one to one and a half years is merely a mathematical formula.

“If one year is 52 weeks and, given that we have walked 18 constituencies (this year), I think in one to one-and-a-half years’ time, we should finish all constituencies. So it’s just mathematics.”

The visits are to be less formal to allow for “more authentic interaction” with the community, according to the Education Minister.

Of late, the younger generation of leaders has been increasing the frequency of the visits to different constituencies. Instead of the customary 10 ministerial community visits accomplished per year, eleven such visits have been made starting this July, when a new format for several ministers to make community visits together began. And these visits have become nearly weekly starting from September.

On Sunday, November 18, a visit to Zhenghua and Bukit Panjang was made by senior parliamentary secretaries Amrin Amin and Tan Wu Meng, along with Lawrence Wong, the National Development Minister.

Ong is also the chairman of the People’s Association advisory panel for ministerial community visits.

Along with Finance Minister Heng Swee Keat and Trade and Industry Minister Chan Chun Sing, Ong has been widely believed to be a successor to PM Lee in the next General Elections, something that Ong has refused to comment on, preferring to tell reporters to wait for an announcement from the party.

However, when Ong failed to be included among the names put forward by the outgoing Central Executive Committee to be part of the inner circle that makes the most important decisions within the party, things changed. He is now believed to no longer be in the running among frontrunners.

Read related: Veteran journalist notes 4G leaders have “a pretty short fuse despite the promise to listen to opinions”