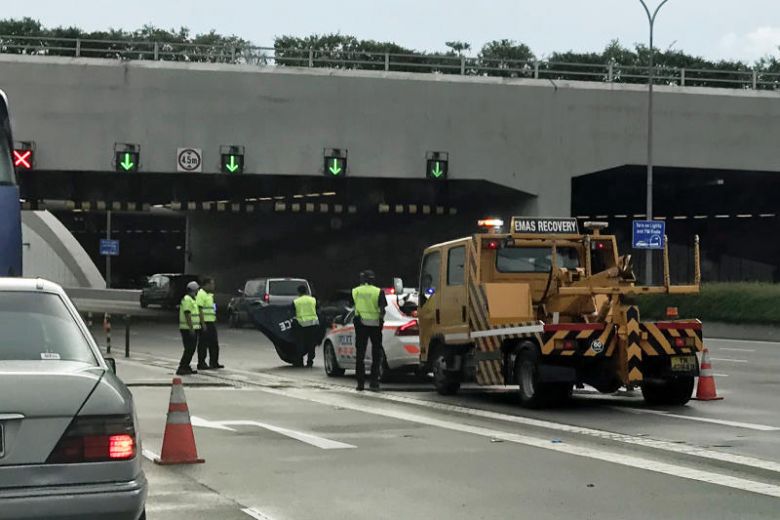 The 33-year-old man was pronounced dead by paramedics who arrived at the scene, following the accident that occurred around 5.10am. The 27-year-old officer reportedly sustained injuries.

The following video showing the aftermath of the fatal crash has been circulating online:

Mce accident this morning. One dead so far! Rip!