Home News NUS don and blogger warned by Police in case of imam who... 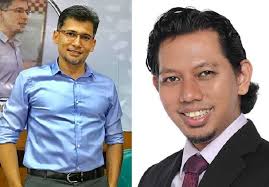 Both the National University of Singapore (NUS) don, as well as the blogger who first reported about the offensive comments of an imam have been issued stern warning by the Police.

The blogger, Terence Nunis, shared the clip of the offending sermon by imam Nalla Mohamed Abdul Jameel and captioned it “this is still happening in Singapore.” Terence said that the video was taken on 6 Jan at Masjid Jamae (Chulia) in South Bridge Road during the Friday prayers, and that the imam did it again on 24th February.

The Public Prosecutor (PP) assessed that Terence’s actions were in breach of the law. The blogger was faulted for making the video public instead of reporting the imam’s action to the Police.

The Ministry of Home Affairs (MHA) said in its statement that Terence has apologized for his conduct and undertaken not to repeat it.

The NUS don, Dr Khairudin Aljunied, who criticised Terence for lodging the police complaint against the imam was also dealt with by the Police.

The Home and Law Affairs Minister, Mr K Shanmugam, singled out the tenured professor of the university last month and said:

“Mr Khairudin has encouraged vilification of that individual. Looking at what he has said, he seems to suggest that it is okay for the imam to say that Jews and Christians should be defeated. And he assumes that the imam intended to mean that, and sees nothing wrong with that. Mr Khairudin’s position and actions are quite unacceptable. He has jumped into this, without verifying the facts, and without checking the context. And supports a position that is quite contrary to the norms, values and laws in Singapore.”

Writing in his Facebook, Dr Khairudin imagined a conversation between a convert and an imam, and in the conversation the imam asks the convert to “stop being a Muslim for now.” He made another similar post a day later. Both posts have since been deleted.

The PP deemed that Dr Khairudin’s posts were contrary to the law, as the effect of his posts was to support the supplication that Nalla had used. Dr Khairudin has apologised for his post.

The PP assessed that both Dr Khairudin as well as Terence have committed an offence under Section 298A(b) of the Penal Code which reads: “Whoever commits any act which he knows is prejudicial to the maintenance of harmony between different religious or racial groups and which disturbs or is likely to disturb the public tranquility, shall be punished with imprisonment for a term which may extend to 3 years, or with fine, or with both”.

Both Terence and Dr Khairudin have been issued a stern warning in lieu of prosecution. The MHA said that it decided on a stern warning for both the blogger as well as the professor because they were not the primary offenders.