The Independent Singapore News
Home News Nothing for Heng Swee Keat to shout about for spending only $13b... 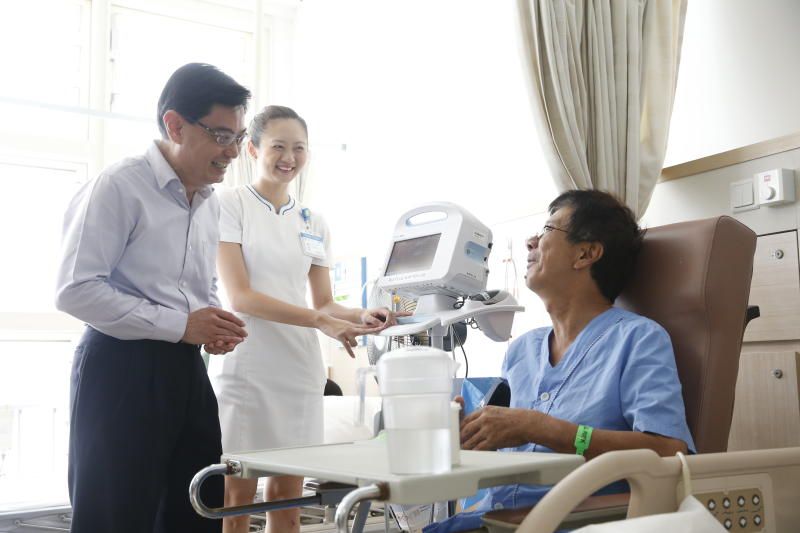 The Straits Times reported yesterday that spending on healthcare is expected to rise sharply, quoting Finance Minister Heng Swee Keat’s prediction that healthcare spending would rise to at least $13 billion from 2020 onward. The daily added:

“To put that in perspective, the total budget for the Ministry of Health (MOH) in 2010 was $4 billion. In this year’s Budget, Mr Heng allocated it $10 billion.”

On the surface, it sounds like the PAP government has become very generous in taking care of the social welfare of Singaporeans. But in reality, it is merely playing catch-up with OECD countries after it was embarrassingly “shamed” in social media few years ago, revealing that Singapore’s healthcare spending has been inadequate for a so-called developed first-world nation.

According to the most recent data (2014) from World Bank, Singapore can be seen to be spending the least in healthcare as % of GDP among the first world countries (this is total health spending including private and public spending):

And to make matter worse, the 4.9% quoted above for Singapore was for total healthcare spending, which includes both public and private spending.

As for Singapore, Health Minister Gan Kim Yong could only announce few years ago that he will set the share of public spending on healthcare to about 40%. He said in Parliament:

“We will in fact take on a greater share of national spending, from the current one-third to about 40 percent and possibly even further, depending on various factors such as demographics, and our ability to manage healthcare costs and target our subsidies.”

That means to say, for every dollar spent on healthcare, Singaporeans have to foot the majority of the expenditure through private means (e.g., personal savings, insurance etc) at $0.60 per dollar while Minister Gan will pay only $0.40 for you.

Indeed, putting aside private spending on healthcare, the Singapore govt’s health spending as % of GDP is even more miserable, substantially lower than the overall 4.9% stated by World Bank above. MOH’s own data can confirm this:

Coming back to what Minister Heng said about spending $13 billion from 2020 onwards, readers should take note that our GDP would have also grown substantially by that time.

That means, the Singapore Government’s health spending as % of GDP would only amount to 2.9% by 2020, nowhere near what OECD countries are willing to spend for their citizens.

And, going by what Minister Gan has promised in Parliament, 60% of the health cost will be paid for by Singaporeans privately. This will work out to be a whopping $19.5 billion by 2020 to be paid for by you and me.Follow us on Social Media