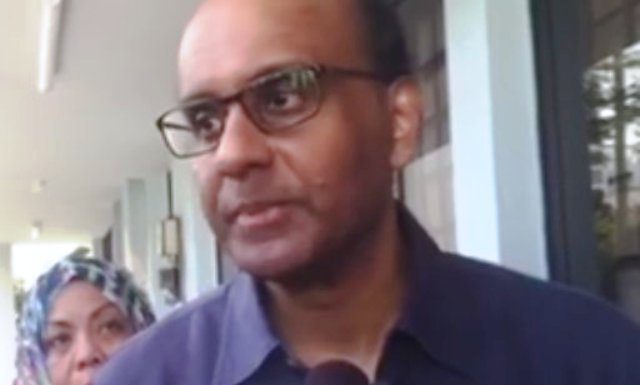 Speaking at a conference organised by the Lee Kuan Yew School of Public Policy on global power shifts, Deputy Prime Minister (DPM) Tharman Shanmugaratnam highlighted major trends that have contributed to a shift in global politics. Mr Tharman especially faulted the social media for playing a major role in the polarisation of society.

“What politicians say does influence how people think. And unfortunately, there is a new phenomenon – it’s in the social media. The way in which social media as a dominant media around the world today is polarised and becoming more so, and the way in which algorithms filter ‘news’ and information in a way that reinforces people’s biases. What we’re seeing is a polarisation in politics, with the rise of both the populist right and left, a weakening of the politics of the centre, but the same being mirrored in the media and in particular social media. So it’s not too surprising that people themselves think in increasingly polarised terms.”

The DPM in suggesting that short-termism politics is the biggest enemy of social mobility and the regeneration of cities, said that political honesty is the only remedy to address that.

“Politics that is honest, that tells people what’s what, that offers them hope because there are real solutions, and those are the solutions that the politics of the centre can bring back confidence.”

Several Facebook users who responded to Channel NewsAsia’s report of Mr Tharman’s speech in their Facebook said that Mr Tharman’s People’s Action Party (PAP) Government leaves much to be desired in that front.

Others suggested that people have shifted to consuming news from social media because the mainstream media decided to unashamedly get into bed with governments.

Facebook user Misato said that if Mr Tharman’s political party can walk the talk than there is still hope for Singapore.