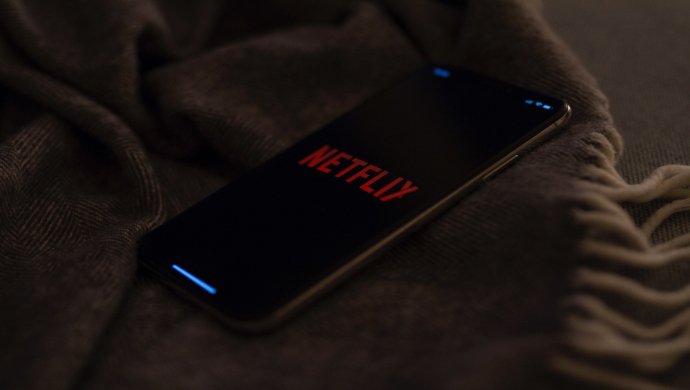 At least for me. Not sex. Not a couple’s therapy. Netflix

Netflix has always been a means of entertainment since operating in 1997, but unfortunately not in my country, Indonesia. Back then, I still had to go to a movie rental to rent the movies that I missed out in cinema or not getting any cinema time at all, three months or more after it’s no longer played in the cinema.

In 2016, Indonesia welcomed Netflix. So it was really surprising for me to find out it has been out there forever and it took nine years for it to be present here (let’s not forget the silly ban by telco conglomerate who had its own agenda on having the exact same streaming platform everywhere).

But even then it was still a foreign concept for me. I guess I’m just a late bloomer when it comes to technology, I prefer something familiar, like renting movies.

People say not to put a label on what you are, but then finding out that I don’t really like being in a sea of people, and that I dread conversation, giving me a hunch that if I’m labeled, I would be more of an introvert than an extrovert.

I guess that’s where Netflix comes in handy. It’s the perfect introverts’ entertainment that doesn’t involve thinking other than deciding on what to watch.

Sometimes you don’t even get to decide because it keeps on rolling to the next available movies or reality shows unless you stop it.

Introversion has become a cultural totem of what an ideally cool person is. I think Netflix is one of an introvert’s starter kits more than extroverts, which makes staying in and streaming on are the hype when Netflix was first widely available in Indonesia (Netflix and chill is a successful branding).

You’re cool if you know and you spend on having a Netflix account. It’s good faith in ending uncontrollable piracy that almost all Indonesians I know are guilty of at one point in their life, but it’s also felt like a condition for not enjoying the company of too many people.

It makes Netflix exclusive and exciting, but at the same time, it makes it too popularised as coolness’ starter kit. Honestly, it still feels that way even now, and I know how much time I spent thinking about this is sad.

Netflix and parenthood, and marriage

We moved on to the ultimate stage of building a family: having a kid. Two months after giving birth, my partner said it’s time, we need a TV and Netflix subscription.

I think at that time it’s more of a need to have a good dose of life outside the endless diaper changes and sleep deprivation. Netflix, as sad as it might sound, helped us cope with brand new parenthood.

So we subscribed. And every night, past the three-months mark, we committed ourselves to Dark, a German series produced by Netflix that’s depressing but addictive.

Dark became our escape, or dare I say, a portal to go back and reminisce a bit to a simpler time. It’s when we get our adult time, although with lots of crying and breastfeeding interruption that would end up with us both not finishing a whole episode.

For my partner, who’s having it tad easier since he doesn’t have functioning breasts, it was an eye opening experience since he got to watch series at nights I was too tired to join him. He’s forever converted.

For our companionship, we could bicker all we like about parenting and issues like the lack of involvement in household chores, but come night time, we would make up for another new episode we’ve committed to watch together.

This is not a surprise, because it’s actually backed by a new survey conducted by HighSpeedInternet.com. Interesting data on couples and their Netflix habits shows that their viewing habits are integral to many romances.

Netflix and chill for sanity

The meme “Netflix and chill” is certainly justified with our condition as a couple and parents now.

For myself, the carved time dedicated to not thinking about what to prepare for lunch, or what about that article that I need to upload ASAP while making sure my crawling baby doesn’t go straight to the edge of the bed while I looked away to adjust a cover image size is what helps me function for now.

Also Read: Undeterred by rejections and insults, this duo has built a cool edtech startup and got funding, too

Well, waking up to purpose might be good enough, but mine’s got better with the promise of chill at the end of the day.

My partner’s face would light up on the possibility of us two creeping on the floor bedside watching Netflix and snacking so that we’d still keep an eye on the baby. That makes me think that we’re gonna be okay.

Exhaustion and resentment are parts of marriage and parenthood that not many people want to admit, but thanks to our Netflix time, we’re on the same page again. We’re good, as long as we can geek over the same thing, and in a way, we’re happier parents.
–