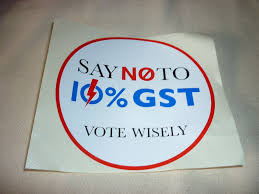 I refer to the article “Commentary: Where will Singapore’s next tax dollar come from?” (Channel NewsAsia, Apr 29).

It states that “Back home, we are similarly on the cusp of a comprehensive tax review in Singapore. The Committee on the Future Economy (CFE) had advocated reshaping Singapore’s tax system given domestic and global imperatives, while maintaining a broad based, progressive and fair tax regime in its report released in February.

Building on the strategies outlined by the CFE, Finance Minister Heng Swee Keat further stressed at Budget 2017 the need for Singapore to grow its revenue base to finance rising healthcare and infrastructure expenditures, and do so in a pro-growth and progressive manner.”

So, has government expenditure been increasing in the recent decades?

Yes, but government revenue has also been increasing, such that we have been having healthy Budget surpluses in about seven or eight out of every 10 years or so.

The cash budget surplus under IMF fiscal  reporting guidelines (which does not allow certain one-time transfers to trust and endowment funds to be counted as expenditure and require certain revenues like land sales to be counted) has been about $20 billion a year.

In fact, our Budget surpluses may have contributed to an estimated accumulated reserves of about one trillion dollars.

Moreover, as I have analysed in countless articles, presentations, videos, published an academic paper (8,000 words), etc – from a cashflow perspective – the Government may not have been spending any money on our CPF, HDB and healthcare.

Most taxed people on earth?

Also, if we track the cashflows of the Government and the people, such as our historical total CPF contributions and returns, HDB revenue transferred to the Singapore Land Authority for land at market rates, etc – we may be the most implicitly taxed people in the world relative to the social benefits which we receive.

In the final analysis, do we really need to increase taxes, especially now that we are in an economic downturn?

I hope that this issue may be vigorously debated in Parliament, in our academic institutions and think-tanks, civil society, etc.Follow us on Social Media