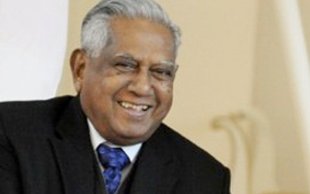 S R Nathan, the longest serving president from 1999 to 2011 did not grant clemency to any death row inmates during his 2 terms as President.

SWGDP stated, “Since Singapore’s independence, only seven clemencies have been granted (as at Oct 2015), with the last being exercised by the late President Ong Teng Cheong.”

Although we believe that everyone needs to take the responsibility for his or her mistakes and that no crime should go unpunished, we also believe that unjust and problematic laws and procedures need to be debated and revised.

The death penalty is an irreversible punishment at the end of a process that is prone to human error, which means that it is all too possible that innocent lives will be taken away. And that is something that should not be allowed to happen.

As at Oct 2015, the last clemency was granted by the late president Ong Teng Cheong in May 1998. He commuted Mr Mathavakannan Kalimuthu’s death sentence to life imprisonment. He was 19 when he and two other men killed a gangster in 1996.

‘I have to ask the man up there to forgive me’

After Nathan stepped down as President in 2011, he gave an interview to the media. During the interview, he was asked about granting presidential pardons during his 12-year term in office. He was asked if he found it difficult.

“You have a right to question it… through the process, you determine whether all the facts have been taken into account, whether there’s anything that needs special consideration.”

Upon further probing by a reporter from Yahoo, Nathan finally said, “Of course it’s a difficult thing when it comes to the death penalty. It’s a matter of conscience. That’s the law… and you do your best to see that there is justice done.”

“You are in no position to contradict the submission when you have not heard the case,” he continued. “You can’t purely go on human emotions.”

“I have to ask the man up there to forgive me for what is done for the good of society.”