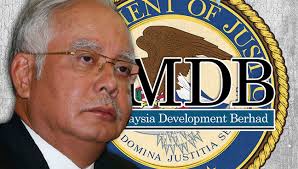 Learn more about 1MDB and other stories at: https://www.facebook.com/houseofpeace/