The Independent News
International World M'sian Govt must break its silence on Singapore's denial of access to... 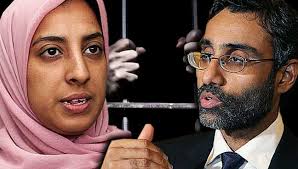 We refer to the cases of Malaysians S Prabagaran and K Datchinamurthy who are on death row in Singapore’s Changi Prison on charges of drug trafficking. They have strenuously maintained their innocence, and repeatedly complained that they have been deprived of a fair trial due to a flagrant breach of the doctrine of separation of powers.

We are appalled that despite our repeated requests, we have been denied access to both our clients in Changi prison. We require access as it is imperative for us to consult with and receive instructions from our clients for the purpose of two appeals filed by them, now pending before the Court of Appeal in Putrajaya.

Both appeals are directly related to their convictions for drug trafficking in Singapore; in the appeals, they seek for orders to direct the Malaysian government to lodge a complaint against Singapore in the ICJ for depriving them of a fair trial.

Our applications for access were rejected by the Singapore Prison Services without any reasons being given.

Access to lawyers and to the courts is a fundamental right, which cannot be interfered with.

In 2005 , Australian Nguyen Tuong Van who was also on death row for drug trafficking, was allowed access to his Australian lawyers.

Why then are Prabagaran and Datchinamurthy refused access to their Malaysian lawyers? Why are different standards being applied between Australian and Malaysian prisoners by Singapore authorities?

Further, Malaysian prison authorities have allowed access to Singapore lawyer M Ravi in the case Attiqa, a Singaporean who was facing a capital charge in Malaysia. Surely, Singapore should reciprocate and allow us access to our clients.

The Malaysian government cannot continue to remain silent over this fundamental breach of the rights of these two Malaysian citizens. Malaysia must take up the matter immediately with Singapore and demand that access to Malaysian lawyers be allowed forthwith.

We urge the Malaysian government to act decisively and expeditiously as the lives of two of our citizens are hanging in the balance.

—
The above is a press release by N Surendran and Latheefa Koya – Lawyers for S Prabagaran & K Datchinamurthy.