The Independent Singapore News
Home News Mothership may just win an award from AWARE for its post on... 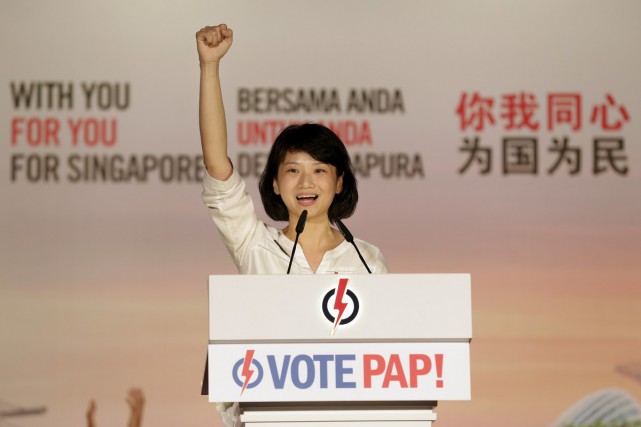 Sun Xueling, newly minted Member of Parliament (MP) for Pasir Ris-Punggol GRC agreed to an interview with Mothership, a prominent news-site. And an hour into the interview, the MP was posed with a most awkward question, “netizens have been calling you “this one not bad looking siah” and you have the “girl-next-door look”, do you think you are hot?”
The MP reportedly turned visibly uncomfortable at that question and told the interviewer that looks “didn’t matter to her when she was younger and certainly don’t feature in her plans now”.
“The fact of the matter is that I’m a mother. I don’t see myself in that category,” she said.
AWARE, a leading gender equality advocacy group, has called out the line of questioning by Mothership as “unprofessional sexism”.
Linking the article to its Facebook page, AWARE said:
“An elected Member of Parliament agrees to speak to you about her work and her ideas – so of course you have to ask her about her appearance. And when she quite rightly shuts that line of questioning down like the unprofessional sexism that it is, you write disappointedly about how she “hardens her tone”, and make references to her being “icy”. This is poor journalism.”
It remains to be seen if Mothership will be one of this year’s nominees for AWARE’s annual Alamak! Award. AWARE created the Alamak! Award, for the most annoying, ‘you-have-got-to-be-kidding-me’ instances of sexism in Singapore.
Past winners of Alamak! Awards include Mr Tan Jee Say, Dr Tan Cheng Bock and the slimming company, SlimFit.Follow us on Social Media