In Singapore, 447 new cases were reported by the Ministry of Health (MOH) on April 15 with the country's new total now at 3,699 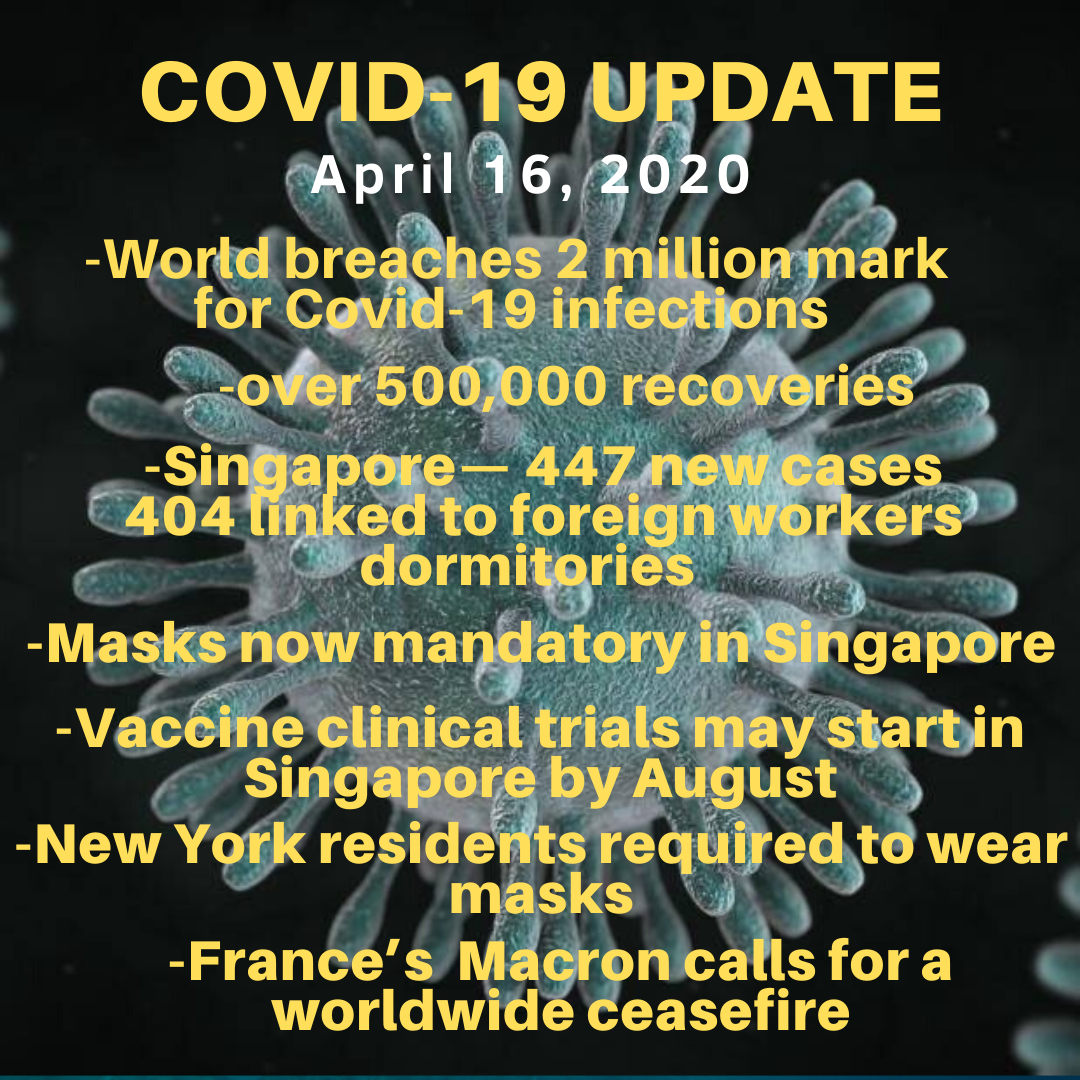 In Singapore, 447 new cases were reported by the Ministry of Health (MOH) on April 15. The country’s total now stands at 3,699. There are 41 additional people who have recovered from Covid-19, forming a total of 652.

A vast majority of the new cases are still linked to foreign workers dormitories, with 404 out of the 447 new cases being work permit holders who live in these dwellings. The rise in the number of confirmed cases among foreign workers can be attributed to the mass testing carried out among them of late.

As for local community cases, MOH says “In the past two weeks, the number of new cases in the community has remained stable, with an average of 36 cases per day.”

Vaccine clinical trials may start in Singapore by August

Pre-clinical studies on a potential Covid-19 vaccine are being conducted in Singapore by Duke-NUS Medical School and Arcturus Therapeutics, a US-based firm. Clinical trials may begin as soon as August, according to the deputy director of the emerging infectious diseases programme at Duke-NUS, Professor Ooi Eng Eong.

In New York, which is home to one-third of coronavirus cases in the US and where the death toll has surpassed the 10,000 mark, residents have been ordered to wear masks when they are out in public starting this Friday (Apr 17). “Stopping the spread is everything,” Governor Andrew Cuomo,  said. “How can you not wear a mask when you’re going to come close to a person?”

French President Emmanuel Macron has called for a global truce while nations grapple with the coronavirus pandemic, and said that he hopes to win the support of Russian President Vladimir Putin. President Macron said he has obtained agreement from several of the five permanent members of the United Nations Security Council to back a call by the UN Secretary-General Antonio Guterres for a worldwide truce. He added that China, the US and the UK were already on board with the call for the ceasefire.

The announcement by US President Donald Trump that the US would cut funding to the World Health Organization (WHO) has been met with condemnation on several fronts. In response to President Trump, WHO Secretary-General Dr Tedros Adhanom Ghebreyesus pointed out that the organization is fighting a number of serious diseases worldwide.

Speaker of the House Nancy Pelosi called the move “dangerous” and “illegal,” and said it would be “swiftly challenged.”  —/TISG