The Independent News
Asia Malaysia MH370 skeptics fight it out on Twitter while search is yet to... 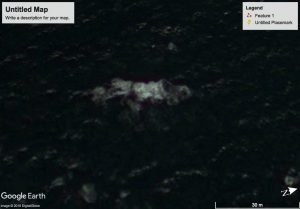 While the Ocean Infinity is deploying its submarines and drones in the arduous search for MH370, a debate was raging over Twitter between airline enthusiasts in Australia.

The fight is ongoing between the skeptics while the search is still on and the first few days of the efforts by the Ocean Infinity is yet to deliver any signs of the wreckages.

Peter McMahon (@revnu5), 65, an Australian mechanical engineer who said he worked in crash investigations for over 10 years, is persistent over Twitter that he found a section of the front cabin (picture above) of an aircraft near Rodrigues Island in google earth.

In several Twitter exchanges with Mr McMahon, he told WFTV he is not sure whether his findings on Google Earth findings are showing pictures of MH370 or parts of it, but he insists the parts are from an aircraft and the shapes underwater are that of an aircraft.

He insists the wreckage is near Round Island, Mauritius and that Google Earth is not always right in its date, as we can verify from the images he posted on his Twitter account.

His claims are however dismissed by another airplane enthusiast, Simon Gunson (@SimonGunson), a private pilot who declares on Twitter he is passionate about MH370.

Mr Gunson replied to McMahon on his claims The Australian Transport Safety Bureau (ATSB) is looking in the wrong direction calling the ‘debris’ found in satellite photos as ‘sea ice’, calling them fake.

“Fake claims made about sea Ice. #MH370 There is no sea ice at 46 South in March. I live at 45 South. The Bay of Biscay at 46 North does not get sea ice in August either.

“There is no sea ice at 46 South in March. I live at 45 South. The Bay of Biscay at 46 North does not get sea ice in August either,” said Mr Gunson.

Mr McMahon replied yesterday that last year while in New Zealand “we took a helicopter ride out off the coast to a huge iceberg, which broke off after an earthquake in the Indan Ocean in 2016.

“There were patch’s of sea ice all around the polar cap, 2 months ago an iceberg was spotted off the Victoria coast opposite Melbourne,” said McMahon.

Mr Gunson, however, did not reject only Mr McMahon’s claims.

He also called the supposed satellite images of MH370 debris, which the Australian authorities said were found 690 nautical miles further north, might have been among the parts that drifted towards Reunion Island and the African coast, as part of a ploy to support false claims by the Commonwealth Scientific and Industrial Research Organisation (CSIRO).

The authorities used drift models to point out that airplane parts may have drifted towards Reunion Island and the African coast, where most of the parts confirmed from MH370 were found.