The biggest reward in life is grown outside your comfort zone.

Singapore — A Facebook post where a man commented that a S$7200 salary may not be enough to live comfortably in Singapore has drawn the ire of many netizens.

The comment, which seems to have first been posted in March has once again been recirculated. Netizens found the comment distasteful because it brought up remarks about how Singapore needed to achieve a ‘Swiss standard of living’. 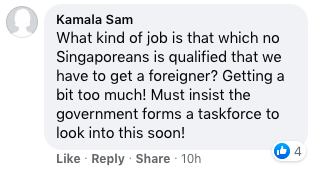 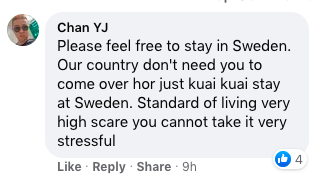 Additionally, upon learning that a foreigner drew that salary and was unhappy, many Singaporeans asked why a local was not hired instead.

The original post, shared in the ‘Indians In Singapore’ Facebook group by one Mr Suresh, read: “Hi all, I am looking for recommendations regarding moving to SG from Sweden”. 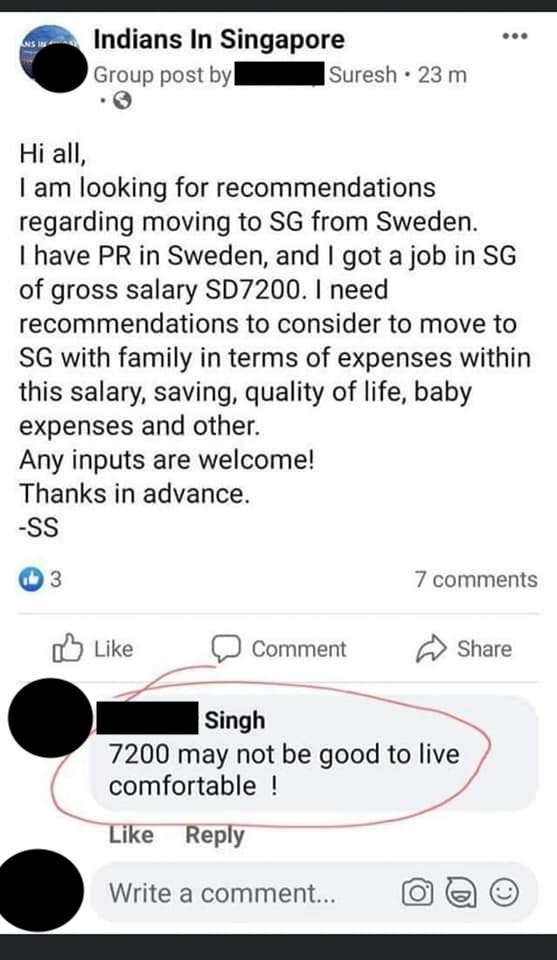 On his post, one Mr Singh commented: “7200 may not be good to live comfortable !”

In 1984, before Mr Goh became prime minister, he set a target for Singapore to reach a “Swiss standard of living” by 1999.

While Mr Goh told CNN in an interview that he was referring to the per capita of income, or the average income earned per person in a given area.

In his interview, he said, “In 1984, when we talked about the Swiss standard of living, I was using a simple measure of per capita income. By 1999, we would like to achieve the 1984 per capita income of Switzerland”.

Since then, however, his measure of “Swiss standard of living” has been used for numerous comparisons and to pit Singapore against various benchmarks along the way.

Others also asked why there were no Singaporeans eligible for the job with that salary.

Netizens went as far as finding Mr Singh’s Facebook profile, where it was listed that he was from Mumbai, and was the Managing director at a local company.