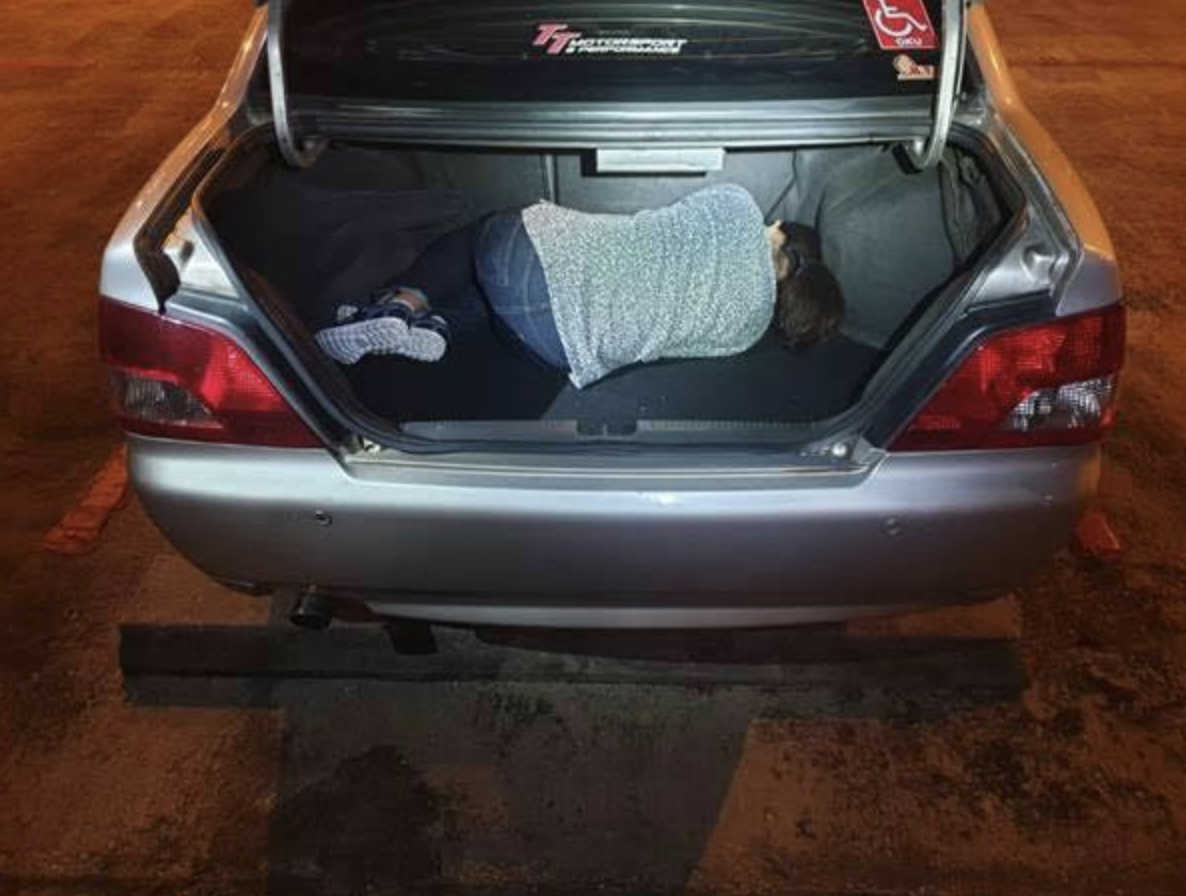 Singapore – Four Malaysians were arrested for trying to smuggle a woman out of Singapore by storing her in the car boot.

On February 28, at around 7:45 pm, Immigration & Checkpoints Authority (ICA) officers at the Woodlands Checkpoint stopped a departing Malaysia-registered car for inspection.

In the car was a 42-year-old Malaysian woman along with another female Malaysian passenger. When the officers opened the booth of the car, they found a third passenger. The woman did not have any travel or identification documents with her.

While investigating the car, ICA officers noticed another Malaysia-registered vehicle idling at the post-immigration area. Suspecting that the vehicle was linked to the one they were currently investigating, the alert officers immediately activated a lockdown of the checkpoint at 8:03 pm.

Once the male driver and the female passenger in the car were secured, the lockdown was lifted at 8:10 pm. As initially assumed, the four people, who were all Malaysians, were working together. They were placed under arrest along with the woman found hiding who was identified as a Myanmar national.

According to the ICA, “The four Malaysians, aged between 29 and 42, were charged on 2 March 2019 for the offence of engaging in the business of conveying prohibited immigrants out of Singapore. The Myanmar national was also charged for illegal entry and attempted illegal departure offences.”

The ICA implements a zero-tolerance attitude on attempts to enter or depart Singapore illegally.

For engaging in the business of conveying prohibited immigrants out of Singapore, the sentence is jail time between two to five years and a minimum of three strokes of the cane while the vehicles used are liable to be forfeited.

“Our borders are our first line of defence in safeguarding Singapore’s security. The ICA will continue to conduct security checks on passengers and vehicles at the checkpoints to prevent attempts to smuggle undesirable persons, drugs, weapons, explosives and other contrabands,” they added.

Read about the man who tried to smuggle kittens past Tuas Checkpoint by hiding them in his pants: